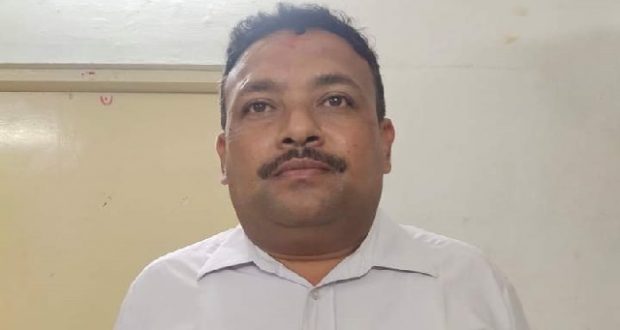 in State News April 23, 2021 Comments Off on Congress nominated Bishwokeshan Harichandan Mohapatra as its candidate. 339 Views

The by-poll for Pipili constituency scheduled to be held on May 13 has been postponed for three days due to Id-Ul-Fitar, following which the voting will take place on May 16. The bypoll was necessitated by the death of sitting BJD MLA Pradeep Kumar Maharathy on October 4 in 2020. 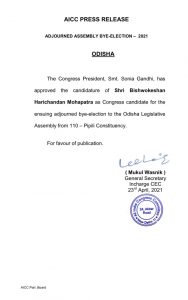 BJP has earlier fielded Ashrit Pattnayak as its candidate for the by-poll while BJD has given a party ticket to Rudra Maharathy, son of Pradeep Maharathy.

The bypoll which was earlier scheduled to be held on April 17 by-poll was deferred as Congress candidate Ajit Mangaraj died of Corona on April 14.

2021-04-23
Editor in chief
Previous: PM Modi interacts with leading oxygen manufacturers across the country via video conferencing
Next: Elaborate arrangements in twin cities for weekend shutdown