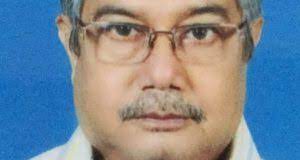 Bhubaneswar:22/4/21: Eminent Odia film editor and Jayadev Award recipient Ravi  Shankar Pattnaik passed away at a private hospital in Bhubaneswar on Thursday. Patnaik was admitted to the private hospital a couple of days back in a critical condition. He breathed his last today morning. His demise has cast a shadow on the Odia film industry. Odisha Chief Minister Naveen Patnaik also condoled the death of the eminent editor. “Deeply saddened to know the passing away of Jayadev awardee Rabi Shankar Patnaik. The impression he left in the Odia film industry with his special editing style will always be remembered,” the CM wrote on Twitter.BJP National Vice President Baijayant Panda also expressed grief over the passing away of Rabi Shankar Patnaik and said the Jaydev awardee has left a unique impression through his efficient editing.

Ravi  Shankar Pattnaik son of  Late Raghunath Pattnaik was born on 2nd  December 1948, he is an alumnus of Film and Television Institute of India and did his Diploma in editing in the year 1968-1970. He was retired as  Head of the Production from the State Institute of Educational Technology(SIET) on the year 31st December 2006.Mr.Pattnaik debuted as an Editor from the Odia film Aviman in 1977 directed by Sadhu Meher in which Uttam Mohanty had started his film career. Since then Ravi Pattnaik has no time to look back. Several odia film has been edited by Ravi Pattnaik,among them Aarati,Mahasati sabatri,Jeeban sangram,Sankha Sindur,Danda Balunga ,Sabu Mayare Baya,Bada Bhauja,Badhu Nirupama,School Master,Pratisodh Apradh Nuhen,Kanyadan,Nala Damayanti.

For the first time in the annals of Jayadev Award a film editor, Ravi  Shankar Pattnaik   had been selected for Jayadev Award in 29th State Film Awards for the year 2017 before him no one from the film industry in the field of editing had been conferred with Jayadev award.