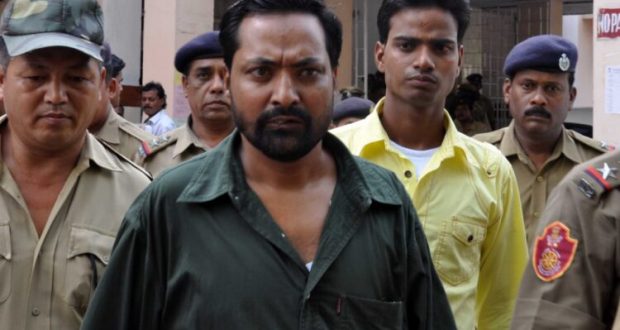 in State News April 15, 2021 Comments Off on Gangster Sk Hyder was nabbed by the Commissionerate Police with the help of the Telangana Police 447 Views

Bhubaneswar:14/4/21: Fugitive gangster Sk Hyder was nabbed by the Commissionerate Police with the help of the Telangana Police today evening.

Twin City Commissioner of Police Saumendra Priyadarshi informed Hyder was arrested from a place near Sangareddy district in Telangana. He further stated following Hyder’s escape from SCB Medical College and Hospital in Cuttack on April 10, the Commissionerate Police had been keeping him under surveillance.“When the Cuttack Police became sure about Hyder’s movements, two special teams of police were sent to Telangana state. While driving a motorcycle in a place near Sangareddy district, Hyder was captured by the Cuttack Police with the help of Medak Police and Hyderabad Police Commissionerate,” informed Priyadarshi.

The gangster will be brought to Odisha tomorrow and produced in the court.

Asked how Hyder managed to escape from SCB Hospital and cross the State border, Priyadarshi said details will be known after questioning of the gangster and subsequent investigation.

However, the gangster managed to give a slip to the police on April 10 afternoon. He escaped riding a motorcycle and crossed the State border in a white Swift Dzire car. The gangster then rode another motorcycle in Telangana today afternoon when he was arrested.