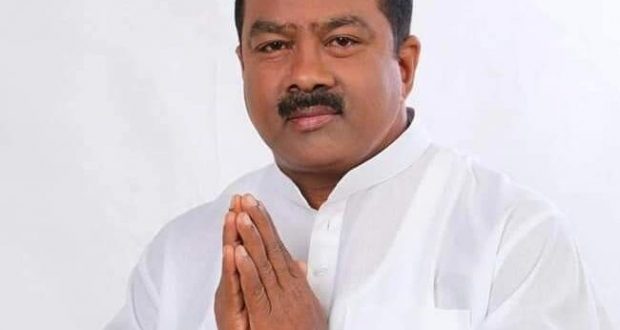 in District Diary, State News April 14, 2021 Comments Off on Pipili by-election has been postponed Following the death of Congress candidate Ajit Mangaraj 280 Views

Bhubaneswar:14/4/21: The Pipili by-election, which was scheduled to be held on April 17, has been postponed, said official sources at the Chief Electoral Office, Odisha. Following the death of Ajit Mangaraj, the Congress candidate for the by-election at a private hospital in Bhubaneswar due to Covid-19 today afternoon, fresh dates for the by-poll to Pipili Assembly seat will be notified later.

Over phone Sushil Lohani, the Chief Electoral Officer (CEO), Odisha, said a report has been sought from the Puri district returning officer and further action will be taken thereafter. The report will be then sent to the Election Commission of India (ECI).

Lohani further informed a fresh notification for the by-poll will be issued soon.

Campaigning for the by-poll was scheduled to end tomorrow, but as soon as the news of Mangaraj’s death broke out, a poll of gloom descended in the area.

As many as 10 candidates were in the by-poll battle for the Pipili Assembly constituency. Rudra Pratap Maharathy of BJD and Ashrit Pattnayak of BJP had also filed their nominations.

Mangaraj had unsuccessfully contested on a Congress ticket from Pipili Assembly seat during 2019 general election.

Worth mentioning, on October 4 last year, the sitting Pipili MLA Pradeep Maharathy passed away necessitating for a by-poll to the Assembly seat.

Following the untimely demise of Pipili by-poll candidate Ajit Mangaraj, the leaders cutting across the party line expressed their condolences on the passing of the Congress leader.

“I am saddened to hear about the death of Congress candidate Ajit Magaraj, who was contesting the bypoll to Pipili Assembly Constituency. My condolence is with the bereaved family of the leader,” said Chief Minister Naveen Patnaik.

“Ajit Mangaraj was a close aide to me and a man of positivity by nature. It was unbelievable that he is not with us,” said Union Petroleum & Natural Gas Minister Dharmendra Pradhan, who visited the hospital soon after the news broke in media.

Union MSME Minister Pratap Chandra Sarangi also expressed his grief over departure of senior Congress leader. He expressed his condolence to family and relatives of the departed soul.