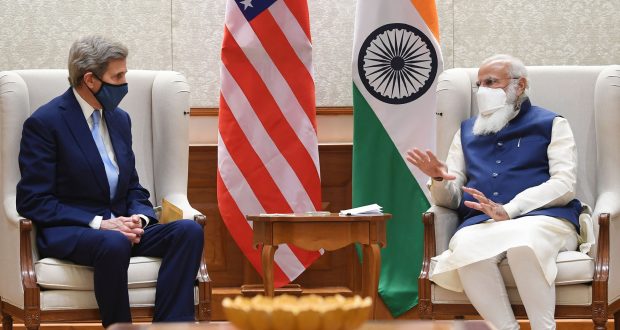 Prime Minister noted that India is committed to meeting its nationally determined contributions under the Paris Agreement and that it was among the few countries on track to meet these commitments. Mr. Kerry noted that the United States would support India’s climate plans by facilitating affordable access to green technologies and requisite finance. Prime Minister agreed that cooperation between India and the United States particularly on financing innovation and faster deployment of green technologies would have a positive demonstration effect on other countries.

2021-04-08
Editor in chief
Previous: Odisha Chief Minister directed the DGP to launch a 10-day special drive throughout the State to slow down the spread of Coronavirus.
Next: PM to release Hindi Version of Odisha Itihaas by Dr. Harekrushna Mahtab on 9th April 2021