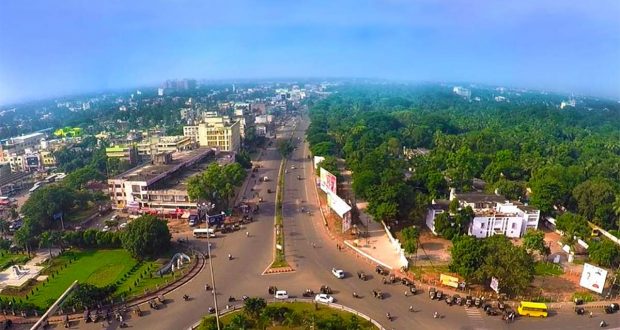 Bhubaneswar:31/3/21: Most parts of Odisha came under an intense heatwave on Wednesday with the state capital recording the season’s highest temperature of 44.2 degrees Celsius.

Talking about the temperature recorded in the capital city on Wednesday, the highest in the state, senior meteorologist of the Meteorological Centre, Bhubaneswar Uma Shankar Das said the city has broken its earlier record of 42.2 degrees Celsius on March 21, 2016.

Explaining the reasons for the ongoing heatwave in the state, Das said that it is due to the hot and dry wind from the west. “While the dry wind is now blowing in the lower atmosphere and there is less moisture in the air, the surface temperature has considerably gone up,” he pointed out.

The IMD has forecast that the maximum day temperature in 12 districts of Balasore, Bhadrak, Jajpur, Kendrapada, Cuttack, Jagatsinghpur, Koraput, Rayagada, Kandhamal, Nayagarh, Khurda and Ganjam will fall by 2-4 degrees Celsius till April 4 due to rain and thundershower. But, it will shoot up by 4-6 degrees during the subsequent two days from April 5.