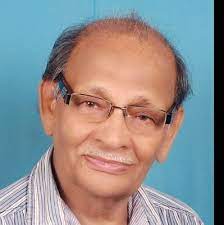 Cuttack:29/3/21:Odia Film and Music director Er.jalal Adeni passed away at the age of 85 in his Cuttack residence. Adeni was born on 1936, June 23 at BhanjaNagar in Ganjam district, Jalal Adeni passed  I sc fromKhalikote college and complete his Engineering from Jadavpur University, Kolkata. In 1977  through Odia’s film Anutap he earns name and fame as a Music director. Most of the Odia film Anutap song still murmurings in the ear of Odia music lover still now. It is Needa vara rati sung by Nirmala Misha to Nupur Kahanki ..sung by Tansen Singh.

Er.jalal Adeni had joined in Indian Railway service after Engineering but after four years he leaves his job and going to Mumbai in 1965 with a view to joining in Hindi film industry but after struggle for one year back to Berhampur in1966, In1968 Er.jalal Adeni had planned to produced titled KIEA BUJIHIB but due to some unavoidable reasons this film could not be released. In 1980 Er.jalal Adeni had composed the music of Odia film HIRA MOTI MANIK along with the direction. His next film was PUJA RANI though the song of this film became so popular but this film is not able to go for the audience. In 1982 Hindi film JAMANA KIYA KAHEGA featuring  Rameswari, Arun Govil.Nirupa Ray, Madan Puri, and Sriram Lagoo hit the theatre which was directed by Jalal Adeni   along with music composition,But this film could not able to attract the audience.Besides this in1992 and 1994, two Hindi film HAMANE PYAR KIYA and PREM UPAHAR  had hit the theatre,

2021-03-29
Editor in chief
Previous: JSW Steel has implemented the resolution plan for acquisition of Bhushan Power and Steel
Next: An interview with Swagatika Swain winner of the 2021 Akshaya Chandra Ray Memorial Award for her Odia novel “Drohakala”