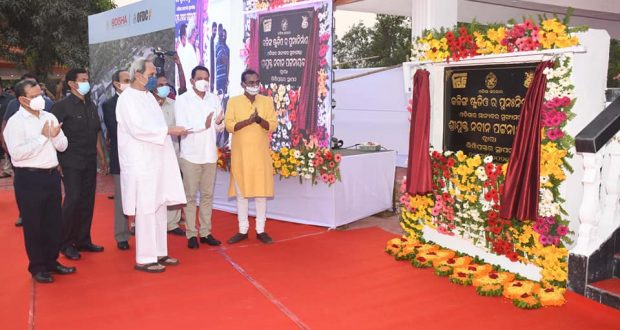 in Uncategorized March 28, 2021 Comments Off on Odisha Chief Minister laid the foundation stone for the re-development of Kalinga Studio 379 Views

Bhubaneswar:28/3/21:Odisha  Chief Minister Sri Naveen Patnaik laid the foundation stone for the re-development of Kalinga Studio with all the state-of-the-art infrastructure. CM said that the entertainment industry will receive a massive boost promoting art, culture, and heritage along with cinema.
This will also create large-scale employment opportunities for the people of the State in the film, media, and entertainment industry. The State Govt has sanctioned Rs. 200 Crore for this. The project work will be executed by Idco odisha and it is expected that the construction and landscaping of the core support area will be completed by December 2022.
It envisages direct employment for around 2,000 in the film, media, and entertainment sectors along with indirect and induced employment generation of more than 10,000. Along with film production, the studio proposes to contain comprehensive fun, entertainment, and a leisure hub.

Established in the year 1980, the studio played a significant role in changing the face of Odia cinema. During the 80s, the Studio was the only one with all the best equipment in the Eastern Region of the country.

The creative talent pool of Odisha places itself into a niche market, and the State producing some of the finest movies in the past. However, over the period, the industry lost its former glory primarily due to its inability to catch up with the latest infrastructure and technology in film making. Keeping in view the need for re-development of the industry, the State Government approved Rs 200 Crore.

The Chief Minister unveiled the plaque and marked the foundation stone laying ceremony of the redevelopment of Kalinga Studio. Satybrata Tripathy, the chairman, OFDC, was also present during the ceremony. IDCO is the executor of the project work. The construction and landscaping of the core support area are expected to be completed by December 2022. 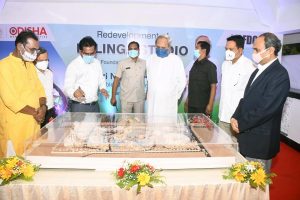 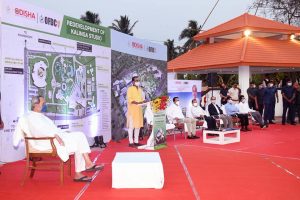 Along with film production, the studio proposes to incorporate comprehensive entertainment and a leisure hub. The infrastructure is alleged to include a live performance stage, adventure parks, kids play area, castle view, water games, snow world, iconic points, etc along with boarding and lodging facilities for the film crew, and space for social and cultural gatherings.

The objective of the project is to preserve the heritage property of the State and uplift the Odia Film Industry. It is expected that the infrastructure will not only create a film industry eco-system for the Odia Movie Industry but also cater to many downstream affiliates of the sector in the large-scale entertainment and creative services industry.