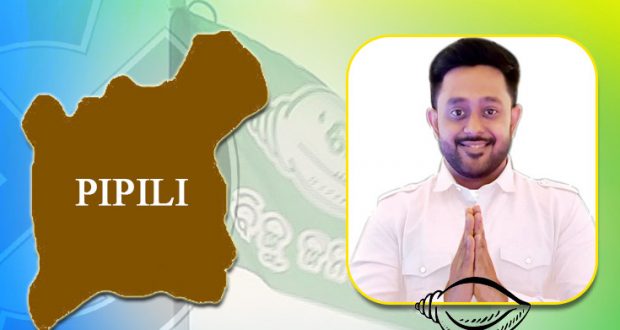 in District Diary March 26, 2021 Comments Off on BJD announced Rudra Pratap Maharathy as the party’s candidate for upcoming bypoll in Pipili 688 Views

Rudra Pratap Maharathy is the son of late Pradeep Maharathy.

“Shri Rudra Pratap Maharthay, son of late Pradeep Maharathy, is the candidate of Biju Janata Dal for Pipili bypoll,” Patnaik announced at his residence in Bhubaneswar.

Soon after announcement, heavyweight leaders of the BJD including Debi Mishra, Pramila Mallick, and Snehangini Chhuria were seen at the residence of Rudra Maharathy in Pipili today.

“Rudra Maharathy will win by a huge margin of votes in the bypoll. The people of Pipili will vote for the BJD,” said Pramila Mallick.