Top Headlines
Home » State News » Naveen Patnaik and Opposition BJP both scored their political one-upmanship over each other. 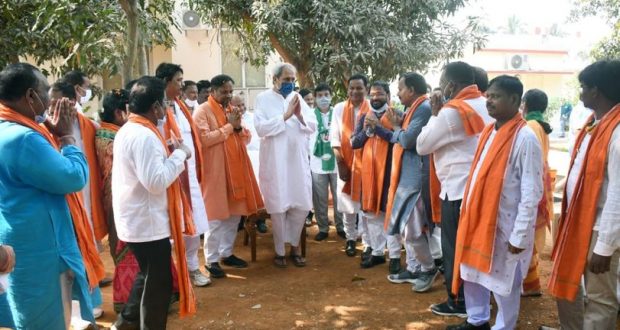 Naveen Patnaik and Opposition BJP both scored their political one-upmanship over each other.

in State News March 18, 2021 Comments Off on Naveen Patnaik and Opposition BJP both scored their political one-upmanship over each other. 312 Views

Bhubaneswar:18/3/21: Finally, Chief Minister Naveen Patnaik and Opposition BJP both scored their political one-upmanship over each other.

While Chief Minister and leader of the House could manage to resolve the six-day long Assembly impasse, the BJP, the main opposition in the legislature, has been able to prove its proximity to the Chief Minister since the breakaway in 2009.

Similarly, earlier Congress during its last two terms as recognised opposition party in the Assembly, could not been able to interact one-to-one with the leader of the House.

Meanwhile, the ruling party was in a back to wall position after its demand for apology of BJP MLA Subash Chandra Panigrahi over suicide attempt in the House failed to gain momentum. Indirectly, the BJP brought an opportunity for the BJD by marching to Naveen Niwas and Naveen Patnaik proved his political acumen by not missing the opportunity to meet the BJP MLAs with a warm welcome to his residence. The six-day long impasse took an unexpected turn with the recognised opposition party members holding an open door cordial discussion with the ruling party head. At the same time Naveen could avoid facing an all party meeting to resolve the deadlock.