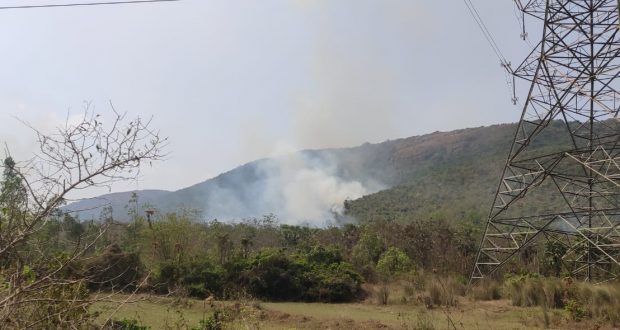 Forest fire situation in the State is totally contained and controlled

in State News March 14, 2021 Comments Off on Forest fire situation in the State is totally contained and controlled 298 Views

Bhubaneswar:14/3/21: The forest fire situation in the State including Similipal as on Sunday is totally contained and controlled, informed an official of the task force on a forest fire.

“There is no continuous fire in the State also as of now. This has been possible because of immediate and proactive steps taken by the State Government to check and control forest fire in the State and massive inhibited support of local communities who have come all out and assisted the forest officials in fire extinguishing in the field,” said the official.

Field officials have been directed to be on full alert and vigil to prevent any proliferation of fire in their areas. The RCCFs and DFOs have been advised to be in constant touch with the district administration to get their continued support in fire mitigation and to mobilise local community/ VSS EDC & PRI Institutions in fire mitigation & management.

The monitoring of fire fighting efforts of field officials, including night patrolling is being monitored round the clock. the field officials have been directed to immediately attend to the real-time satellite-based forest fire alert points received from FSI, Dehradun and douse and upload the photos of the attended forest fire point for online monitoring,” added the official.