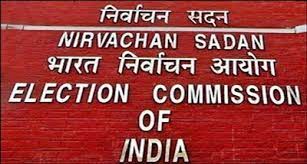 in National March 14, 2021 Comments Off on EC directs to remove Director Security for lapse in CM Mamata’s security 278 Views