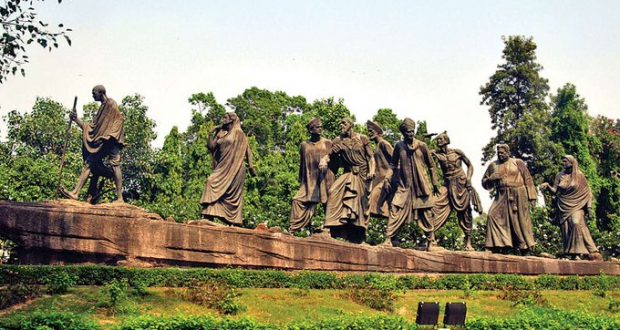 in National March 12, 2021 Comments Off on Prakash Javadekar to inaugurate an exhibition of Azadi Ka Amrut Mahotsavto at seven places including Bhubaneswar 389 Views

Newdelhi:12/3/21:The Prime Minister has said that the festival of 75 years of independence would be a festival, in which the spirit of freedom struggle, tribute to the martyrs and their pledge to create India would be experienced. Addressing the National Committee to commemorate Azadi ka Amrut Mahotsav, PM Modi has said that this festival should embody the glimpse of the glory of Sanatan Bharat and also the glow of modern India, that this festival should reflect the light of the spirituality of the sages and also the talent and strength of our scientists. He underlined that the event will also showcase our achievements of these 75 years to the world and also give a framework for resolution to us for the next 25 years.

The Prime Minister also informed that 5 pillars have been decided for the celebration of the 75 years are:

Azadi ka Amrut Mahotsav would commence 75 weeks prior to Independence Day 2022 and would continue till Independence Day 2023. The event would be kicked off with a 25-day celebration, beginning 12th March 2021 (anniversary of the launch of Dandi March) with the launch of opening ceremony by Prime Minister Shri Narendra Modi in Gujarat and concluding on 5th April 2021 (conclusion of Dandi March).

In pursuance of this vision of the Prime Minister and to contribute to the festive fervor, the Ministry of I&B has drawn up elaborate plans for coverage of the events from across the country.

Bureau of Outreach Communication in partnership with State/UT governments will organize exhibitions across the country on the theme of 75 years of Independence. The main event will be inaugurated at Sabarmati Ashram in Ahmedabad by PM Shri Narendra Modi. Subsequently, a total of thirty seven State-level exhibitions will be inaugurated by eminent personalities after 12 noon. The exhibitions will feature major landmarks of India’s struggle for independence, viz, Non-Cooperation Movement, Civil Disobedience, Quit India Movement, etc. with a focus on Dandi March, Mahatma Gandhi, Netaji Subhash Chandra Bose, Sardar Patel, and other leaders of the movement who made sacrifices for our country.

Speaking on the events, the Minister has said that all States have displayed much interest in the events. He has added that the events starting 12th March on the anniversary of Dandi March and continuing for almost two and a half years, will create an atmosphere of celebration in the country.

2021-03-12
Editor in chief
Previous: In Assam and West Bengal, Friday is last date for withdrawal of candidature for first phase of Assembly elections
Next: ‘Mahadeep’ was lifted atop Lingaraj Temple in Bhubaneswar much ahead of the schedule