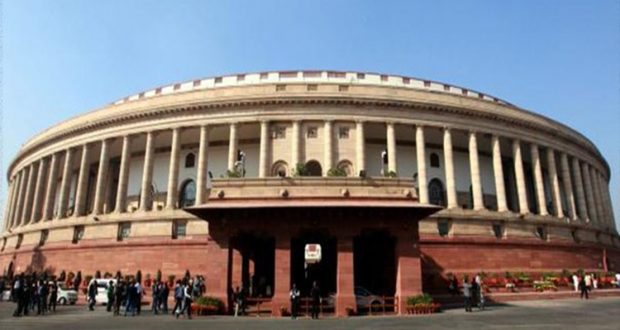 in National March 8, 2021 Comments Off on Both Houses of Parliament witness multiple adjournments amid uproar over fuel price hike 196 Views

Newdelhi:8/3/21:Both Houses of Parliament witness multiple adjournments amid uproar over fuel price hike. The Rajya Sabha has witnessed repeated adjournments on the first day today of the second phase of the Budget Session with the opposition Congress demanding a discussion on the hike in petroleum products. The House faced four adjournments till it was adjourned finally for the day.  Leader of the Opposition Mallikarjun Kharge gave a notice for suspension of business in the House to discuss, what he called, a huge and frequent increase in prices of petrol, diesel and LPG even when global prices are ruling low.

Chairman M Venkaiah Naidu disallowed his notice but suggested him to make a mention of the matter. But, however, he said the issue can be debated during the course of discussion on the Appropriation bill. Describing the issue as a burning subject, Mr. Kharge said people are agitating in the country and they be given an opportunity to raise the issue in the house. Mr. Kharge insisted on his demand for a discussion, noting that the people are suffering. Following this Congress members raised uproar.

The Upper House was first adjourned for a few minutes after 10 am till 11 am and then again till 1 pm. Thereafter, it was adjourned in quick succession for 15 minutes each at 1 PM and then at 1.15 pm, till it was finally adjourned for the day.

The opposition members continued to raise slogans demanding a debate, with the Chair urging them to return to their seats and allow the House to function. He also asked the opposition members not to make fun of democracy and not use unparliamentary words. Today being the International Women’s Day, the Chairman lauded the role of women and said it is time to celebrate the social, economic, cultural and political contributions and achievements of women across the globe and honour their indomitable spirit.

Mr. Naidu said it is a day to take stock of the hurdles coming in the way of ensuring women their due in all walks of life and socio-economic development. Mr. Naidu appreciated the services rendered by women for the development and prosperity of the nation. He also underlined the need to ensure an environment that allows women to express themselves to their full potential in the form of both words and deeds. Several women members also spoke on the occasion, with some demanding reservation for women in Parliament and State Assemblies to enable them to get adequate representation. The Rajya Sabha shall also resume normal working hours from tomorrow.

Earlier, when the House met, Biswajit Daimary from Assam, Dineshchandra Jemalbhai Anavadiya and Rambhai Harjibhai Mokariya, both from Gujarat, took oath of office. The Chairman also made obituary references to former members of the House — Vidya Sagar Nishad, M Rama Jois and Satish Sharma — who died during the intervening period of the Budget Session.

The Lok Sabha has been adjourned for the day following opposition uproar over the rise in prices of fuel and LPG cylinders. When the House met at 7 PM after second adjournment, members from Congress, TMC, DMK BSP, NCP and others again trooped into the well raising slogans against the government over the issue. Amid noisy scene, the House took up discussion on the calling attention over the issue of women empowerment.

B V Satyavathi of YSR Congress highlighted several measures taken by Andhra Pradesh government for the welfare of women. Sanghmitra Maurya of BJP talked about NDA government’s commitment towards the welfare of women. She said women have proven their mettle in very field. Satabdi Roy of TMC said the society needs to be more sensitive towards women.  She stressed the need to eradicate  dowry system in  the country.

Independent member Navneet Ravi Rana also spoke on the issue and lauded the NDA government for its measures in the interest of women. She drew the attention of the house on the issue of female foeticide. The chair repeatedly urged the agitating members for order in the house but in vain.  As the ruckus continued, the House was adjourned for the day. Earlier, when House met at  5 PM, Lok Sabha Speaker Om Birla rejected the adjournment notices given by  some opposition members over the issue saying it can be raised  during discussion on the Finance  Bill. This prompted opposition members including Congress, TMC, DMK, Shiv Sena and BSP to troop into the well of the House.

Referring to International Women’s Day, the Speaker said the house will have discussion over the women empowerment and related issues and a women member will preside over the house on the occasion. He urged the protesting members to allow the house to take up discussion. Congress Leader Adhir Ranjan Chowdhury demanded immediate passage of the Women Reservation Bill. He also raised the issue of price rise of diesel and petrol. Harsimrat Kaur Badal of Akali Dal also raised the issue of price rise. She attacked Congress saying why it is not decreasing taxes on petroleum products in its ruled states.

Parliamentary Affairs Minister Pralhad Joshi said the government is ready for a discussion on the women issue and the House should take it up.  As the ruckus continued, the House was adjourned till 7 PM. The Speaker also announced tomorrow onwards the House will commence its sitting from 11 AM.

When the house met for the day, it was adjourned till 5 PM after paying tributes to two of its sitting members, who passed away recently. The House paid tributes to Mohan S Delkar and Nand Kumar Singh Chauhan.  It also paid tributes to seven of its former members  including Captain Satish Sharma and Sarat kar.