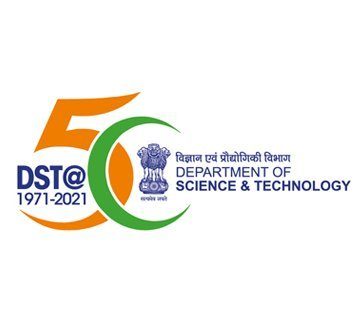 in Column March 7, 2021 Comments Off on DST schemes encourage women to dream despite societal challenges 355 Views

Dr. Ratna Prabha, an agricultural scientist with a potentially bright career before her, suddenly felt uncertain about her professional career as she launched her journey into the joys of motherhood. She was not sure how she would tackle the challenges of her professional life and the demands of motherhood at the same time.

It was at this time that the Women Scientist Scheme (WOS) of the Department of Science & Technology (DST) came to her rescue. In it, she found hope of fulfilling her research passion, and it launched her as an independent researcher. It also exposed her to fieldwork, interaction with various stakeholders and beneficiaries like farmers, rural youth, women and helped her develop as an observational and analytical scientist. It also helped develop the confidence to crack the Agricultural Research Service (ARS) examination securing the first rank in the Bioinformatics discipline.

An Assistant Professor at AIIMS Bilaspur, Dr. Deepti Malik, was uncertain about her future when she had a career break for family reasons. She was part of The WOS scheme between 2016 and 2019, and this brought her back on track, boosted her confidence, have her a fresh perspective as well as financial security.

For Payal Kalra, a student of Biotechnology, the programme changed the track of her career and launched her into a career in Intellectual Property Rights (IPR). Inspired by the one-year of training in IPR under the scheme, she has been trained in law and now finds ways to help people and society.

Dr. Anuradha Pughat, from an engineering background, had been reaching out to potential employers for restarting her career in science after a hiatus following the delivery of her child. However, she did not get options that would allow her to do science research. The WOS scheme allowed her to pursue research on the subject ‘Power and Performance Analysis of Wireless Sensor Networks. The opportunity opened up options. She now works as a scientist in DST as one of the officials who drive science and technology research and development in the country.

These women of grit and determination are only a few among 3521 women across the country who were encouraged to dream despite the challenges of family and childcare because of the WOS scheme of DST.

“DST has been committed to give a platform and help women having a career break to come back to mainstream careers in science. Gradually the number of participants have picked up in the last few years, and now more women are approaching us to restart their career not only in science but other fields as well”, said Dr. Sanjay Mishra, Head, Knowledge Involvement for Research Advancement through Nurturing (KIRAN) programme.

The WOS scheme includes WOS-A, which caters to basic research and development, WOS-B, focusing on technology adaptation, upscaling of technology and societal component and WOS-C, which centres on Intellectual Property Rights (IPR) with a one-year training

“During the WOS programme tenure, women get a stipend, and more than 60 percent of women get employment in various professions in the IPR field. Some of the beneficiaries from this programme have opened their own firms in IPR and are doing very well in their career,” said Dr. Namita Gupta, Scientist G, and Program Officer of WoS-C program.

The women-exclusive schemes of DST aim to bring gender parity in S&T through various initiatives. It addresses various challenges faced by women scientists in Science, Technology, Engineering, Mathematics (STEM) education and career and expanding its wings for supporting women from all walks of life to build their careers in STEM fields.

Besides the Women Scientist Program, DST extends its commitment to empower women and increase their participation in STEM through the Vigyan Jyoti, Gender Advancement for Transforming Institutions  (GATI), (Consolidation of University Research for Innovation & Excellence(CURIE), and Indo-U.S. Fellowship for Women in Science, Technology, Engineering, Mathematics and Medicine (WISTEMM) and is opening up more.