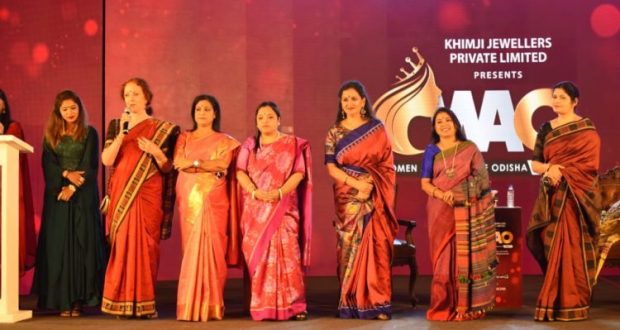 Bhubaneswar:7/3/21: The women of Odisha, who raised voice against injustice, fought against adversities to rise to attain their goal and overcame socio-economic limitations to achieve crowning glory were felicitated at a function here on the eve of International Women’s Day.

They included 19-year-old Manasi Bariha from Balangir district who exposed the torture of a brick kill owner in Tamil Nadu and helped rescue 6,750 labourers, Swagatika Kuanr who won the crown in several fashion shows and Pramila Krishani who won 10 international medals as a weightlifter.

They were among 14 women who were honoured with ‘Women Achievers of Odisha’ (WAO) award at the function jointly organised by Odia daily The Prameya, news channel News7 and Preservation, Propagation and Restoration of Ancient Culture and Heritage of India (PPRACHIN) run by Siksha ‘O’ Anusandhan, a Deemed to be University.

They were chosen by a four-member jury from a list of 64 nominations. The jury members included writer Dr Bhagyalipi Malla, writer and singer Chhanda Mishra, singer Sushmita Dash and dancer Ileana Citaristi.