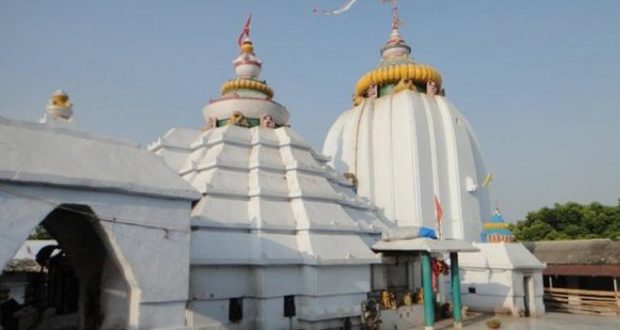 in State News March 5, 2021 Comments Off on Maha Shivaratri will be observed without public participation at many Shiva shrines across Odisha 293 Views

Cuttack/Bhadrak/Puri:5/3/21: In the wake of the prevailing Covid-19 pandemic restrictions, the Maha Shivaratri (Jagara Jatra) on March 11 will be observed without public participation at many Shiva shrines across Odisha

The Cuttack district administration has decided to impose prohibitory orders under Section 144 of the CrPC around the famous Dhabaleswar Temple in Athagarh area to prevent the congregation of devotees on Shivratri. The restrictions will be in place from 6 am on March 11 till 6 am on March 12.

The Mahadeepa will be hoisted atop the temple between 12 am and 12.30 am, said reports.
The decision in this regard was taken in a meeting attended by the representatives of the temple, officials of the district administration, local police and the local sarpanch under the Chairmanship of Athgarh Sub-Collector Ajambar Mohanty, on Thursday.

“In order to avoid social gathering on Maha Shivaratri, Section 144 will be clamped in and around Dhabaleswar Temple from 6 am on March 11 to the next morning. Besides, the nitis (rituals) of the Lord will be performed by the priests only and adequate police force will be deployed in the temple to ensure outsiders did not enter the shrine,” informed Mohanty.

The Bhadrak district administration has also decided to clamp prohibitory orders under Section 144 at the Akhandaleswar Mahdev Temple in Aradi on the occasion of Maha Shivaratri from 7 am on 10 March to 7 am on 12 March in order to prevent gathering and congregation of devotees during the pandemic.Similarly, devotees will be allowed to have darshan of the deity between 4 am to 12 am which was previously allowed from midnight. This was decided in a meeting held between officials of the district administration and temple body yesterday.