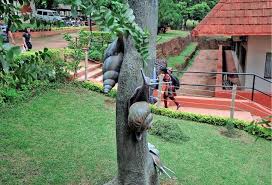 in State News February 27, 2021 Comments Off on Odisha government has decided to set up 20 new Science Parks across the state 298 Views

The state government has decided to set up a Science Park in all the district headquarters.

It will take 30 months for construction of a Science Park. Construction of the 20 new parks will be completed in two phases, 10 in the first phase and another 10 in second phase, the minister told the House.

The state government will bear all the expenses and local municipalities will take charge of the maintenance.

Similarly, two planetariums are functional in the state, and setting up of four new planetariums at Baripada, Keonjhar, Gopalpur and Rayagada are in the pipeline.