in State News February 23, 2021 Comments Off on Odisha Chief Minister announced projects worth Rs 68 crore for Pipili and Delanga 247 Views

He said that a Model School will be established by the State Government at Beraboi in Delanga, where Mahatma Gandhi had arrived in 1938. 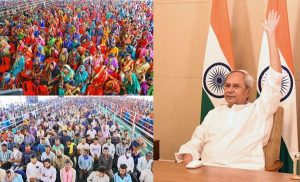 As a part  of the celebration of 100 years of Mahatma Gandhi’s first visit to Odisha in 1921, the memorial at Beraboi will be developed, the CM said.

On the occasion, Patnaik also remembered former Pipili MLA late Pradeep Maharathy and said the departed leader was associated with the development of  Pipili-Delanga area for more than 30 years.