The world-class 3.6 meter optical telescope set up at the place has assumed global importance for observing a number of time-critical cosmic explosive events such as Gamma Ray Bursts and Supernovae. It is the Asia’s largest fully steerable optical telescope, an international facility for and people from different parts of the world compete for observation and machine time by submitting research proposals.

It was set up in year 2016 by Aryabhatta Research Institute of Observational Sciences (ARIES), an autonomous research institute of DST with support from Belgian government and established India’s role as a global player in astronomy research and is facilitating strong future collaborations with national, international institutions and industries.

The technological know-how gained from the development of this telescope and back-end instruments are beneficial for optical facilities planned for future such as the Thirty Meter Telescope – one of the mega projects in which the country is participating.

India has emerged a key mover of global S&T partnerships in critical areas like energy, water, health and astronomy which are global challenges to make the world a better and more scientific place to live in.

Some flagship international partnerships which India has driven include Mission Innovation to boost research, development and innovation and related investment in clean energy, the Dutch Indian Water Alliance for Leadership Initiative (DIWALI), a platform where all stakeholders from both countries could participate and form a consortium for designing solution for water challenges, key role in the functioning of the World Health Organisation during the COVID 19 pandemic.

Energy: India is a key player in Mission Innovation’

India played a crucial role in sowing the seed of ‘Mission Innovation’, launched as a partnership of 20 countries in 2015. The country funded 9 RD&D projects under smart grids engaging 17 Indian institutes, 22 foreign institutes and 15 industries and 8 innovators. The country has initiated three R&D programs including national and international bilateral programs to bring in affordable heating and cooling of buildings, supporting 40 R&D projects, engaging over 50 Indian institutes, 15 foreign institutes and 20 industries.

The country is one of the co-leads in Smart Grids Innovation Challenge in coordination with the member countries, which targets innovation and deployment of reliable, efficient and affordable smart grids technologies at regional, distribution and micro-grids levels in various geographical areas to achieve the ability to accommodate 100% renewable based energy sources in power grids.

DST is leading in the thrust area of Thermal Comfort and actively participating in other five areas of the Affordable Heating and Cooling of Buildings challenge.

It is furthering thermal comfort research and it’s dovetailing with building energy efficiency. The ongoing initiatives include delineation of thermal comfort requirements in built environments to regulate the operating set points of heating and cooling systems. A research program on comfort driven Heating, ventilation, and air conditioning (HVAC) system control is being conceived by DST. It is also working with Indian Exhibitions Industry Association (IEIA) on a technology called comfort climate box for tropical regions to develop a sustainable, modular and comfortable living environment for tropical regions

DST, Government of India and Rocky Mountain Institute, USA have launched Global Cooling Prize for encouraging development of cooling technology that requires radically less energy to operate, utilizes refrigerants with no ozone depletion potential and with low global warming potential, and has the potential to be cost-effective at scale.

In order to find solutions for water related challenges a platform called DIWALI has been developed in which India and Netherlands could participate for designing solution for water challenges. The consortium of experts from the two counties would explore the potential and sustainability of Dutch Solutions to resolve challenges in specific water challenged sites in India which are scalable, sustainable and affordable.

Under this initiative The Dutch consortia titled “Water for Change. Integrative and Fit-for-Purpose Water Sensitive Design Framework for Fast Growing Livable Cities” in 2019. It is being led by IIT Roorkee as lead along with other consortia member named MANIT, Bhopal; CEPT University, Ahmedabad; IIT Gandhinagar; CWRDM, Calicut.

Further, based on assessment of R&D needs for cleaning of Ganga system and study on impacts of agriculture on quality and quantity of water in its basin, the DST and the Netherlands Organisation for Scientific Research (NWO) is stimulating sustainable research collaboration between the two countries. They are supporting joint research in which 13 Indo-Dutch proposals involving premier research and academic organisations from both sides have been funded.

The COVID 19 established India’s position as one of the key movers in tackling the pandemic crisis. Dr Harsh Vardhan, Minister of Health and Family Welfare, India, was elected the Chair of World Health Organization’s Executive Board in 2020. India is chairing the Executive Board for 2020-21, taking the baton from Japan and led the fight against the COVID 19 pandemic. The Chair of the Executive Board is elected by its members on being nominated by the Regional Committees of the six WHO Regions, by rotation. The government has also allocated Rs 700 crore for COVID 19 related therapeutics including vaccine and 100 crore for non-health issues related to COVID 19.

Besides, the global initiative of Coalition of Epidemic Preparedness for Innovation (CEPI) has identified an Indian laboratory for centralised assessment of Covid-19 vaccines. Translational Health Science And Technology Institute (THSTI), has been recognised by CEPI as one of the global network of laboratories for the assessment.

Expanding the areas of its foray of global scientific leadership into new and emerging areas of science, India has joined the ‘Global Partnership on Artificial Intelligence (GPAI)’ as a founding member to support the responsible and human-centric development and use of Artificial Intelligence (AI). The country will be participating in the global development of Artificial Intelligence, leveraging its experience around use of digital technologies for inclusive growth. AI being a new and emerging area, while firming up its own strength, India is also looking out for global partnerships with countries like US, UK, Germany, France Russia., Korea and Japan.

As India forges ahead in international collaborations in new and emerging areas in science and technology and in other common global challenges, it will take a leaf out of its association with international projects like mega-science projects– European Organization for Nuclear Research (CERN) and Thirty meter telescope (TMT). While in the earlier ones India contributed to set up facilities in other countries, with the 3.6 meter telescope at Devasthal, it has established a key facility for researchers of the International community to probe the origin of the universe and understand stars and black holes on its own soil. India’s key role in international scientific partnerships in establishing such facilities and in key areas like health, energy and so on is helping the country to rise rapidly in the global S&T map. 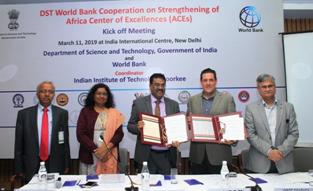 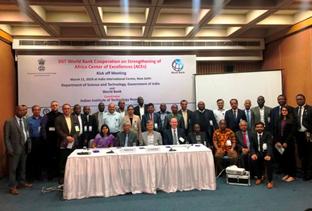 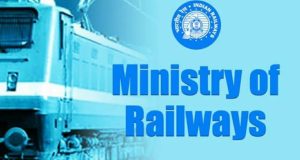 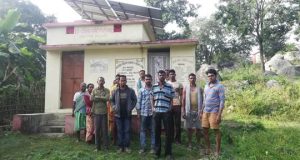 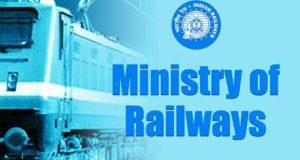