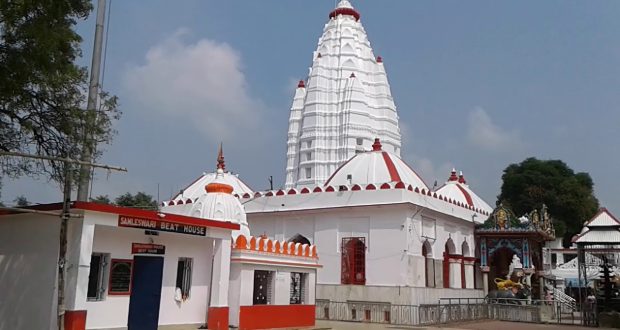 in District Diary February 17, 2021 Comments Off on Odisha announced a redevelopment project worth Rs 200 crore for the shrine of Goddess Samaleswari 341 Views

Sambalpur: 17/2/21:Odisha Chief Minister Naveen Patnaik on Wednesday announced a redevelopment project worth Rs 200 crore for the shrine of Goddess Samaleswari in Sambalpur. Under the redevelopment plan, four heritage gates will be built on the four sides of the temple and other infrastructure facilities like parking slots, vending zones, toilets will be erected near the temple for the welfare of thousands of devotees and tourists who throng the shrine every day.

Apart from that, housing projects for servitors of the temple is also on the anvil while the government has also planned to construct a 30-meter-wide road to connect the temple zone with the Mahanadi bank. The road will help in the daily conduct of Mahanadi alati rituals for the presiding Goddess.

The government has also earmarked to set up a scheme under the name ‘Samaleswari Temple Area Management & Local Economy Initiatives for the development of 108 acres of area around the temple.

2021-02-17
Editor in chief
Previous: Odisha Government decided to establish state-of-the-art film hub at Kalinga Studio
Next: Security arrangements have been tightened around the State Assembly for the budget session