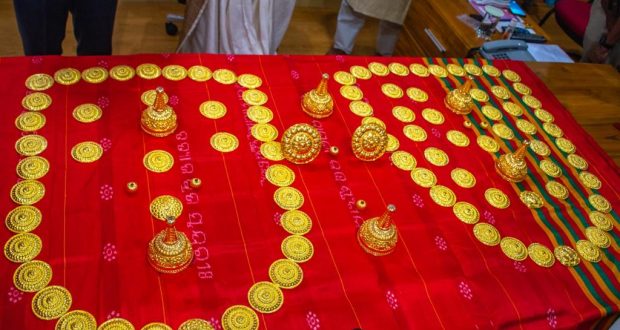 in District Diary February 16, 2021 Comments Off on Shree Jagannatha Temple received a record quantity of gold jewellery as a donation from a devotee 485 Views

An official of the temple administration said 4.858 kg gold and 3.876 kg sliver were used to make the gold jewellery.

Official sources said the huge quantity of the jewellery have been kept at the temple office’s treasury amid tight security. The temple administration will hand over the jewellery to the ‘Bhandara Mekapa’ tomorrow, the sources added.

Sources said the devotee chose the auspicious ‘Basant Panchami’ to donate the ornaments to the deities of the Shrimandir.

During the specific ‘besha’ of the deities the gold jewellery will be used, the sources added.

Earlier, a devotee from Bhubaneswar donated ‘Surjya’ and ‘Chandra’ ornaments to the deities of the Srimandir.

2021-02-16
Editor in chief
Previous: Ratha Katha Anukula’ ritual, chariot construction for the annual Rath Yatra was performed
Next: Kiran Bedi has been removed as the Lieutenant Governor of Puducherry 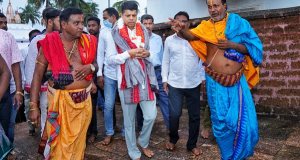