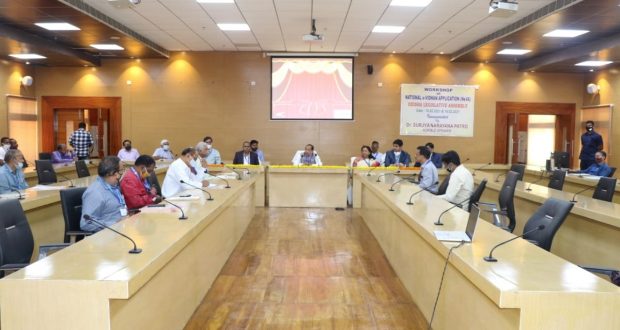 in State News February 16, 2021 Comments Off on Odisha Legislative Assembly is all set to go paperless with the implementation of the ‘e-Vidhan project 292 Views

Bhubaneswar: 16/2/18:The Odisha Legislative Assembly is all set to go paperless with the implementation of the ‘e-Vidhan project’ from the upcoming budget session starting on February 18, an official said on Thursday. Speaker SN Patro held a review meeting with the government officials during the day before the adoption of the electronic process, he said.

“From the governor’s address to the budget presentation, questions and the proceedings of the Assembly will be through National e-Vidhan Application (NeVA),” Patro said. The state budget for 2021-22 will be presented in the Assembly on February 22.
NeVA aims at bringing all the legislatures of the country on a single platform, creating a massive data depository.
Paperless Assembly or e-Assembly is a concept involving the use of electronic devices to facilitate proceedings in the House, the official said. It enables automation of the entire law-making process, tracking of documents, and sharing of information.
Assembly secretary Dasarathi Satapathy made a presentation on the ‘e-Vidhan’ initiative during the meeting.

Finance secretary A K Meena and electronics and information technology department secretary Manoj Kumar Mishra were also present there.
With the adoption of the new process, the state government will be able to reduce its expenditure, the Speaker said.

2021-02-16
Editor in chief
Previous: Odisha chief minister announced that the annual grant of the Western Odisha Development Council will be doubled
Next: Odisha Chief Minister performed the groundbreaking of 17 industrial projects