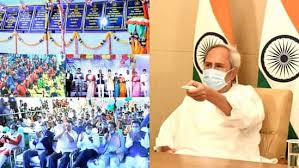 The stadium will be the venue for the Hockey World Cup, 2023.

Addressing a function in the sidelines of the foundation laying ceremony, Patnaik said, “Sundergarh, which has immense contribution to Indian hockey, bears the true spirit of the national game.”He said Sundargarh has a special identity for hockey as players from the district have brought many laurels for the country at the international level.“The spirit of hockey is in the soil, air, and water of Sundergarh which has now found a place in the world sports map. It is a matter of pleasure that Rourkela city in Sundergarh has been nominated for the 2023 Hockey world cup venue,” Patnaik said while addressing the gathering at the Biju Patnaik University of Technology (BPUT) ground. 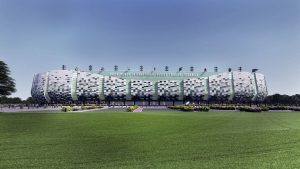 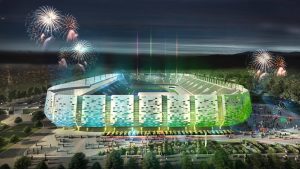 “Rourkela is a city of hope. Not only the people of Odisha but from neighboring states also depend on the city to earn a livelihood,” the CM said.

Remembering his father, the legendary Biju Patnaik who brought a revolution in Odisha’s industrial sector, the Chief Minister said the Rourkela Steel Plant (RSP) and the National Institute of Technology (NIT) bear the memory to Biju Babu’s contribution.

“I remember Biju Babu whenever I visit Rourkela. Biju Babu is the father of Odisha’s industrial development,” he said.

Patnaik also laid foundation stones for a slew of other projects in the district, apart from the hockey stadium.

The stadium will be of international standard having a seating capacity of 20,000. It will be constructed on a sprawling 15-acre plot inside the BPUT campus.

The Birsa Munda Stadium will be the most modern field hockey facility designed to host the Hockey World Cup, 2023 tournament. The stadium is adjacent to the Rourkela airstrip, where commercial flight operations are expected to start soon.

Designed to deliver the best matchday atmospheres in the world, the stadium will be a model for green, functional and cost-effective design.