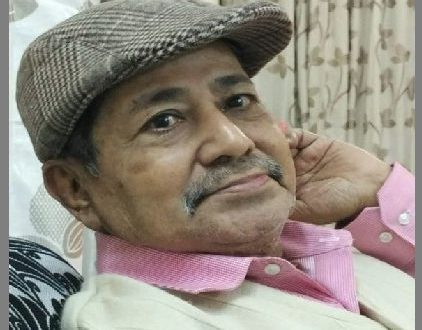 Cuttack:8/2/21:Eminent cine journalist and writer Ranadheer Das, who passed away at his residence in Dagarpada here yesterday.

The 82-year-old writer was suffering from prolonged illness and undergoing treatment at his residence. Condolences poured in from different quarters soon after his demise yesterday.

Born on September 23, 1938, Ranadheer was a student of Ravenshaw Collegiate School and had done his higher studies in Ravenshaw College before pursuing civil engineering in Madras (presently known as Chennai). During his later days, he had opened a school to provide training on acting to youth.

He was the editor of Odia magazine ”Jibana Ranag’ for around 45 years. Besides producing films like ‘Mathura Bijaya’ and ‘Mansara Bilapa’, Das acted in ‘Katha Kahiba Mo Matha Sindura’ and Pua Bhangi Dela Suna Sansara’

Odisha Chief Minister Naveen Patnaik condoled the demises of eminent cine journalist and writer Ranadheer Das, who passed away at his residence in Dagarpada here yesterday.

Expressing grief, the CM said besides literatures like ‘Lohita Sandhya’ and ‘Galpa Aji O’ Kali’,  Das’ contribution to the film industry will always be remembered. Patnaik also conveyed his deep condolence for bereaved family members of the deceased.

2021-02-08
Editor in chief
Previous: Matriculation Examination for Class 10 students from May 3, 2021 to May 15, 2021
Next: Ongoing inter-state dispute over the jurisdiction of many villages in Kotia panchayat will be resolved through discussions