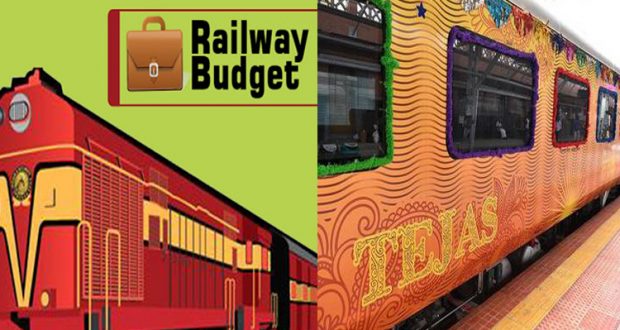 Centre has allocated nearly Rs 7,000 crore to Odisha in the Railway Budget 2021-22 for various railway projects

in National, State News February 4, 2021 Comments Off on Centre has allocated nearly Rs 7,000 crore to Odisha in the Railway Budget 2021-22 for various railway projects 228 Views

The Railway authorities informed it after sharp reactions were drawn from various quarters over fund allocation to Odisha in the Railway Budget-2021.

In the Railway Budget, the focus has been made on early completion of ongoing projects and safety related modernisation works.

As per the release, Khurda Road-Balangir railway project has been allotted with Rs 1000.50 crore against last year’s Rs 520 crore, which is an increase of 92.4%.

Besides, a significant allocation of Rs 429 crore has been given to passenger amenities this year as compared to previous year’s Rs 129 crore.

Moreover, Rs 400 crore has been sanctioned as against Rs 324 crore to eliminate level crossings of LC Gates.

In the release, ECoR made it clear that the total budget outlay of Rs 5,528 crore has been approved for the development of infrastructure and safety-related works in Odisha. The allocation does not include many other projects.

Though total estimates for major development works have not been mentioned in the budget, the funding for Odisha under all plans is Rs 6995.58 crore, the release stated.

2021-02-04
Editor in chief
Previous: Odisha Chief Minister inaugurated the LED street lighting system on Cuttack-Puri bypass road
Next: Primary schools and upper primary schools in Odisha are likely to reopen in the last week of February