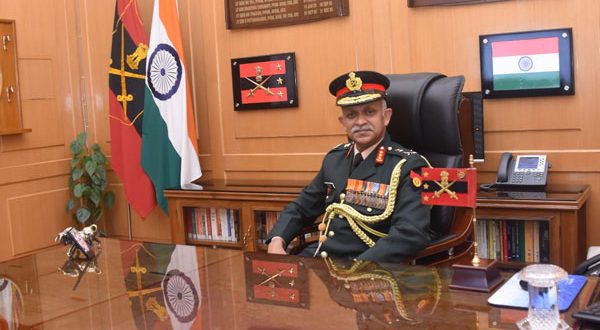 Lt. General Mohanty was born to Jitendra Kishore Mohanty, a retired government employee and Late Sarada Kumari Mohanty, a former professor at the SVM College. He studied till Class VI at Bagashai UP school in Jagatsinghpur. He enrolled in the Rashtriya Military College, Dehradun and joined the National Defence Academy. He was commissioned as a second lieutenant in Rajpur Regiment in June 1982. The illustrious officer served along the borders of China and Pakistan and was active in counter-insurgency operations in Assam. He had also led a multi-national UN brigade in Congo

Following the Doklam incident, he commanded the XXXIII Corps in the Eastern Command and was then appointed the General Officer, Commanding, Uttar Bharat area in Bareilly. Profile: An alumnus of Rashtriya Indian Military College, Dehradun, National Defence Academy, Khadakwasla and Indian Military Academy, Dehradun, Lt. General C P Mohanty was commissioned into the Rajput Regiment on 12 Jun 1982. In a career spanning four decades, the General officer served across a wide spectrum of conflicts and terrain profiles and tenanted a host of Command, Staff and Instructional appointments.

He commanded a battalion on the Line of Control in Jammu and Kashmir and later in the North East. He has the unique distinction of commanding two brigades: first on the Line of Actual Control and later on, the multinational UN Brigade in the Democratic Republic of Congo. He later commanded the Rangiya based Division in a counter-insurgency environment and the Sikkim based Trishakti Corps immediately after the Doklam incident.

The General officer also has a unique distinction of commanding two Administrative formations as well: the Jodhpur Sub Area as a Major General & Uttar Bharat Area as a Lieutenant General. An alumnus of the Defence Services Staff College Wellington, Higher Defence Management Course Secunderabad and the National Defence College New Delhi, the General Officer’s staff and instructional assignments include an instructional tenure at NDA, Brigade Major of an Armoured Brigade, Military Advisor in Seychelles, Colonel Military Secretary (Selection) in the MS Branch, Brigadier General Staff (Operations) of a Corps in the Eastern Theatre and Director General, Operational Logistics and Strategic Movement. Lt. Gen CP Mohanty takes over the appointment of the Vice Chief of the Army Staff from Lt. Gen SK Saini who superannuated on 31 January 2021 after completing four decades of an illustrious career in the Army.

2021-02-01
Editor in chief
Previous: A major fire broke out in Sun Hospital which was functioning without fire safety certificate
Next: ‘Jibansathi’ Team Champion  Chiku Samal is the best batsman and Amit Kumar is the best bowler