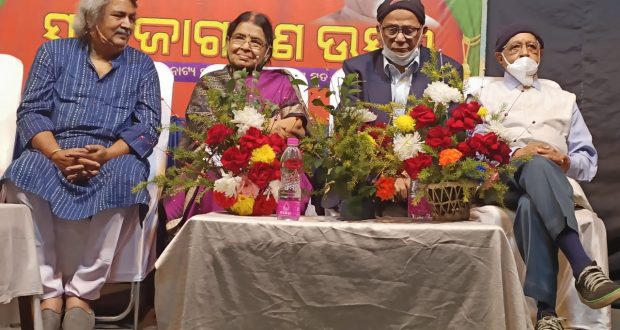 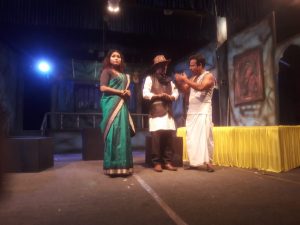 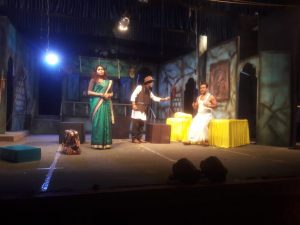 Brief Summary of the play:

The leading character or the Hero of the play named ‘Mantu’ usually writes poems and texts. He does not believe in love. The play starts with a discussion between Mantu and Satia in a wrecked house. Satia is a thief, but after falling in love he has given up. In that wreck palace detective writer, Dambarudhar Babu lives with his only daughter Tusi. A copper plate fell down to the ground after hitting the head of a tiger hanging on the wall, which dates back to the time of Gajapati Mukunda Dev. The hunger for money has aroused in the minds of all those who have seen the sign of the secret treasure in that copper plate. ASI Pratihari came to this palace in disguise as a historian named Kinkar Das with lady police Mandakini as his wife. A sweet love story began between Mantu and Mandakini. Eventually, Mantu got the hidden hoard. But Mantu and Mandakini are giving more priorities to happiness and inner peace instead of these effortless properties. As Dambaru babu writes his novels, in which the bandit hero Jatin distributes all the money between the poor, similarly at the end they are distributing this hidden hoard all the money for the needy people of the society. The play was staged by leading actors including Patit Parida, Sangram Dash, Bikash Dutta, Sameer Satpathy, Maya, and Nitu.