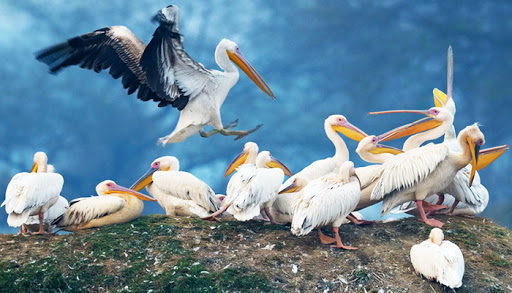 in State News January 27, 2021 Comments Off on Wildlife divisions revealed the presence of 20.40 lakh birds including the migratory species, surpassing the previous year’s count 259 Views

Bhubaneswar: 27/1/21:The observation during the mid-winter census of the avian species across all forest divisions in Odisha is certain to bring smiles to the faces of bird lovers and ornithologists. The survey conducted by wildlife divisions this month revealed the presence of 20.40 lakh birds including the migratory species, surpassing the previous year’s count of 16.76 lakh birds.

The bird population in Chilika, Asia’s largest brackish water lagoon, has increased this year by over 2 lakh when compared to last season. The census conducted by the Chilika Wildlife Division has revealed that around 12,42,826 birds belonging to 190 different species have taken shelter in the lagoon this season.

A total of 12,04,351 individuals of 111 waterbird species and 38,475 individuals of 79 wetland species were counted from the entire lagoon. The Nalabana island inside the lake continued to be the most favorite destination for the winged guests. As many as 4,24,788 birds from 113 species were counted in the Nalabana bird sanctuary, which is 18,480 higher than the previous year, reports claimed. Compared to the previous two years, the Tufted Duck population has shown about 20 percent decline. Among the diving ducks, the Red-crested Pochard population increased by 40 percent which is the highest recorded number from Chilika Lake in the last two decades.