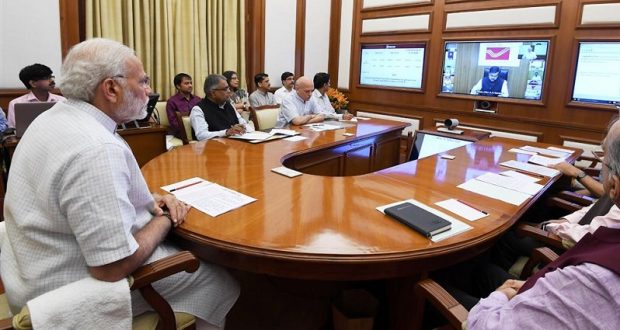 In the meeting, ten agenda items were taken for review including nine projects and one program. Among the nine projects, three projects were from the Ministry of Railways, three from MORTH, and one project each from DPIIT, Power Ministry, and Ministry of External Affairs. These nine projects have a cumulative cost of Rs. 54,675 crore concerning the 15 states viz. Odisha, Karnataka, Andhra Pradesh, Maharashtra, Chhattisgarh, Punjab, Jharkhand, Bihar, Telangana, Rajasthan, Gujarat, West Bengal, Haryana, Uttarakhand, and Uttar Pradesh.

The Prime Minister directed all the officials to ensure expeditious resolution of issues hindering infrastructure projects. He also encouraged Department of Pharmaceuticals and states and UTs to ensure wide publicity of Pradhan Mantri Bhartiya Jan Aushadhi Pariyojana and use technology to enhance its effectiveness.

Up to the 34th edition of PRAGATI meetings, 283 projects having a total cost of 13.14 lakh crore have been reviewed.