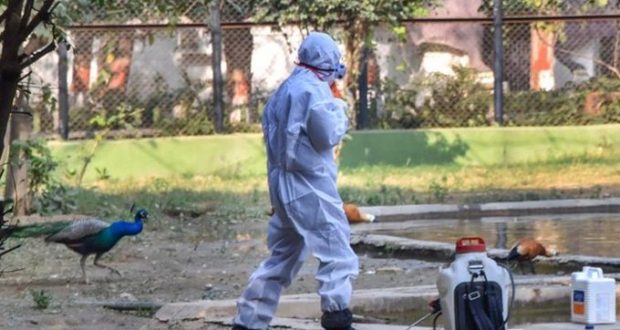 in National January 24, 2021 Comments Off on Outbreaks of Avian Influenza (Bird flu) have been confirmed in 9 States 226 Views

However, pigeon and rosefinch samples submitted from Tehri and Paukhal Forest Range of Uttarakhand have been found negative for Avian Influenza.

Control and Containment Operations (Cleansing and Disinfection) are going on in the rest of the affected epicenters of Maharashtra, Chhattisgarh, Punjab, Uttar Pradesh, Gujarat, and Uttarakhand.

Compensation is paid to farmers whose poultry birds, eggs, and poultry feed are culled/disposed of by the State as per the Action Plan. The Department of Animal Husbandry & Dairying (DAHD), Government of India provides funds to states / UTs on a 50:50 sharing basis under ASCAD component of its LH & DC Scheme.

All the States are reporting to the Department on daily basis regarding the control measures adopted by the States/UTs based on the Revised Action Plan for Prevention, Control and Containment of Avian Influenza 2021.

2021-01-24
Editor in chief
Previous: Naveen Patnaik is the best performing Chief Minister as per the India Today Group-Karvy Insights Mood of the Nation January 2021 poll
Next: President of India to Address the Nation Tomorrow on the eve of 72nd Republic Day