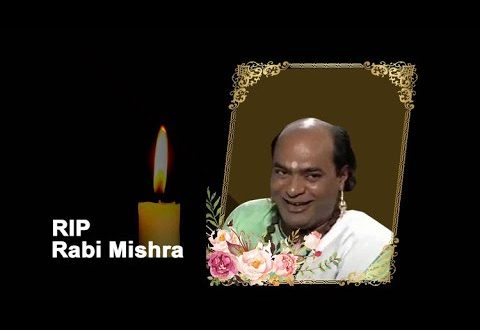 Veteran Odia actor Rabi Mishra died at the age of 64

in Odia Cinema January 20, 2021 Comments Off on Veteran Odia actor Rabi Mishra died at the age of 64 638 Views

Bhubaneswar;20/1/21: Veteran Odia actor Rabi Mishra died on Wednesday (December 20) after suffering a cardiac arrest at a private hospital in Bhubaneswar. He was 64 years old.

A family source told that the actor was admitted to the hospital yesterday evening after he complained of chest pain.

Rabi Mishra ruled the Ollywood and television industries for over two decades. He starred in popular movies, television serials, and over a hundred plays. He played the lead role in the popular television serial Gopala Rahasya. He became a household name after starring on the show.

Odisha Chief Minister, Naveen Patnaik, mourned Rabi Mishra’s demise. “His contributions to Odia films and popular television serials will leave an unforgettable imprint for all times to come. My deepest condolences to the bereaved family members. May his departed soul rest in peace,” Patnaik tweeted.

Rabi Mishra is known for his performance in movies like Bhai Hela Bhagari, Sakala Tirtha, Soubhagyabati, Maa Pari Kie Haba, and many others

.“Our shoot ended at 10 pm and around midnight, I got to know that his condition was not good. He was shooting for a scene where he is going through a heart attack. But in the serial, his character survives, while in reality, he succumbed to the heart attack,” said a grief-stricken Lipsa Mishra, who plays the granddaughter of Mishra in this serial.

President of Odia cine artistes’ association, Sritam Das informed that Mishra complained about chest pain towards the end of the shooting. “But he thought it was due to gastric problem. He later visited the doctors and was rushed to a private hospital in the morning, where he passed away,” Das said, adding that he was a fantastic human being and Ollywood would miss such a talented actor and a thorough gentleman.

“Our very own talented senior actor Rabi Mishra is no more. My heartfelt condolences to the bereaved family. You are one of the most precious book of our film library. May you rest in peace,” expressed Anu Choudhury.
2021-01-20
Editor in chief
Previous: India Retain Border-Gavaskar Trophy
Next: Odisha Government hiked bus fares across all categories due to the increase in diesel price