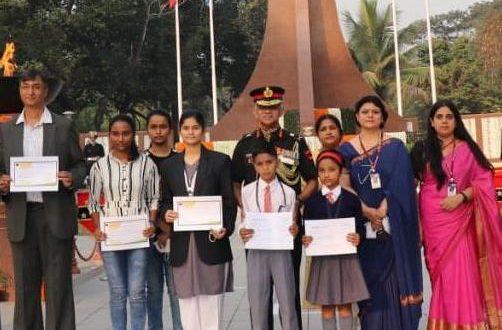 in National January 15, 2021 Comments Off on Laid wreath on 73rd Army Day and felicitated winners of southern command 242 Views

Pune:15/1/21:Headquarters Southern Command organised a wreath laying ceremony at the National War Memorial, Pune on 15 January 2021 being 73rd “ARMY DAY”. Army Day is celebrated every year to commemorate the taking over of the Indian Army by the first Indian Commander-in-Chief, Lieutenant General (Later Field Marshal) KM Cariappa, OBE, on the 15 January 1948. The theme for the Army Day 2021 is “Indian Army Strong and Capable”. Lieutenant General CP Mohanty, General Officer Commanding-in-Chief, Southern Command laid the wreath and paid homage to all valiant soldiers who have made the supreme sacrifice while safeguarding the sovereignty and integrity of the Nation. 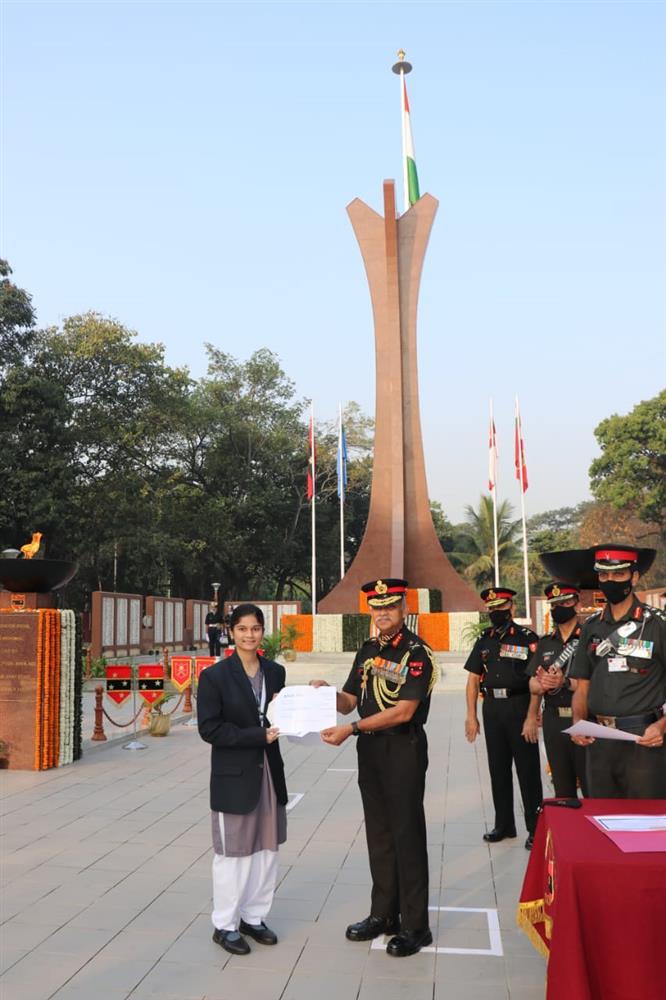 The Army Commander also conveyed his best wishes to all ranks, veterans, veer naris and their family members on the auspicious occasion and called upon all ranks of Southern Command to rededicate themselves to the task of protecting and safeguarding the motherland from both internal and external adversaries. He said that despite the COVID pandemic the Southern Command was operationally geared up to give a befitting response to misadventures by our adversaries and was prepared to thwart any challenge that comes on its way. He also reassured Southern Command’s commitment towards continued assistance to citizens in times of any calamities or natural disasters. On the occasion of 73rd Army Day results for the Southern Command Army awareness campaign on the theme “Indian Army a Symbol of Unity in Diversity” which was run by Headquarters Southern Command through Social Media from 19 October 2020 to 10 January 2021 were announced. The competition was organised in four disciplines namely video making, painting, slogan writing and photography. The response was overwhelming with over two lakh entries having been received from within Army as well as civil society.