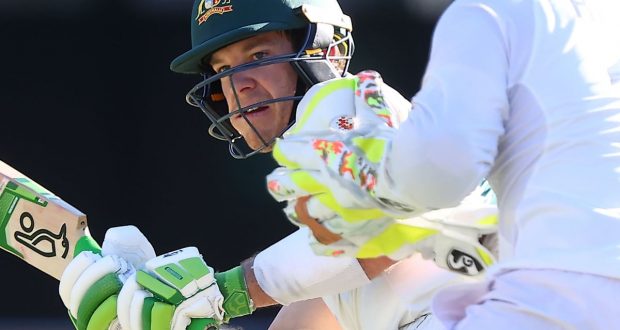 Brisbanen15/1/21; In Cricket, Australia was 274 for five at stumps on the opening day of the Fourth and Final Test at The Gabba in Brisbane today. Skipper Tim Paine on 38 and Cameron Green on 28 was on crease.

For the hosts, Labuschagne starred with the bat scoring 108, while Matthew Wade and Steve Smith also made notable contributions. Earlier, electing to bat, the hosts did not get off to a good start as both the openers David Warner and Marcus Harris were out with just 17 runs on the scoreboard.

However, just when Australia looked to be in control, debutant off-spinner Washington Sundar claimed the big wicket of Smith at his individual score of 36, getting the prolific batsman caught at short mid-wicket by Sharma.

For India, debutant southpaw pacer T Natarajan claimed two wickets whereas Siraj, Shardul and Sundar scalped one each. India made four changes in its playing eleven as Washington Sundar and T Natarajan made their Test debut.

Australia made one change in its playing eleven from the third Test as opener Will Pucovski failed to recover from the shoulder injury.