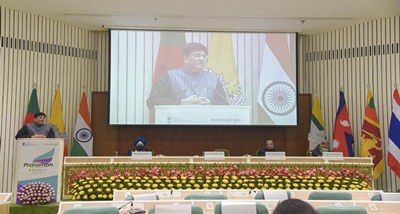 New Delhi: 15/1/21:The two-day ‘Prarambh’, Start-up India International Summit began in New Delhi today. Members of BIMSTEC (Bay of Bengal Initiative for Multi-Sectoral Technical and Economic Cooperation) countries participated in the inaugural event. The summit is being organized by the Department for Promotion of Industry and Internal Trade.

Declaring the summit open, Commerce and Industry Minister Piyush Goyal said that it is a demonstration of Neighbourhood First Policy which will boost partnership among the member countries. He hoped that this will usher in a new beginning, showcasing various aspects of the start-up world.

He said that Indian start-up ecosystem has made big progress in the last five years since the launch of Start-up India. The Minister said that the partnership among the BIMSTEC countries in the sector will take start-ups to the forefront of new India, the new world, new neighborhood in the new normal.