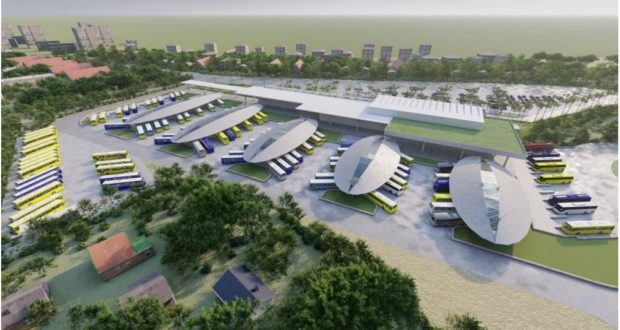 in District Diary January 13, 2021 Comments Off on Proposed interstate bus terminal in Cuttack to be named after Netaji Subhas Chandra Bose. 487 Views

During a review meeting through video conference, Patnaik stated the inter-state bus terminal will be set up at Khan Nagar under the 5-T initiative of the Odisha government. Around Rs, 65 crore will be spent to establish the ISBT.

The new Netaji bus terminal, Cuttack will be state-of-the-art facilities to promote hassle-free movement of passengers from arrival to departure, said a statement issued by the Chief Minister’s Office.

The Interstate Bus terminal will have a built-up area of 11,000 sq.m. There will be 180 bus bays along with parking space for 274 vehicles in the ISBT.

Area of around two acres adjoining the proposed Netaji Bus Terminal, Cuttack will be reserved for development of
commercial complex on Public-Private Partnership mode.