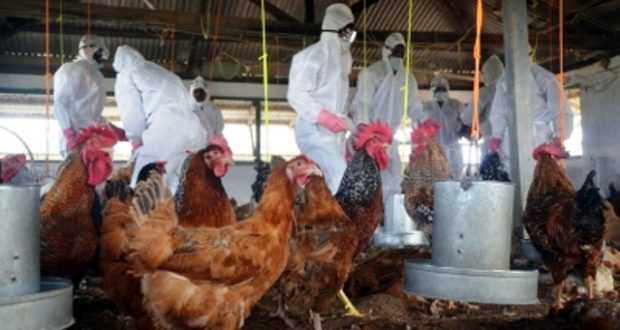 in State News January 10, 2021 Comments Off on Odisha government clarified that no cases of bird flu have been detected so far 223 Views

Bhubaneswar, Jan 10: The State government today clarified that no cases of bird flu have been detected so far.

Officials said that the Chief District Veterinary Officers have been instructed to intensify surveillance by continuous checking and disinfection of poultry farms. “ Poultry farm owners, poultry meat and egg shop owners, and other poultry farmers are requested to remain vigilant and keep the premises of farms, shops, and poultry houses clean and maintain hygiene,” said an official.

As many as five surveillance teams have been constituted in Bhubaneswar Municipal Corporation area by Chief District Veterinary Officer, Khordha for surveillance of the poultry shops and nearby farms.

“General public are requested to be vigilant and can consume chicken meat, eggs, and other poultry products only after proper cooking. They are requested to report any unnatural death of birds in flock or chain to the nearest Veterinary Doctor / Chief District Veterinary Officer or to the State Control Room in Telephone Number 0671 2414310 and WhatsApp Number 72055 98125,” added the official.
2021-01-10
Editor in chief
Previous: Odisha Chief Minister Naveen Patnaik’s assets increased by only Rs 2.81 lakh in a year
Next: State governments will not have to bear any cost towards vaccinating 3 crore Health Workers and Front Line Workers