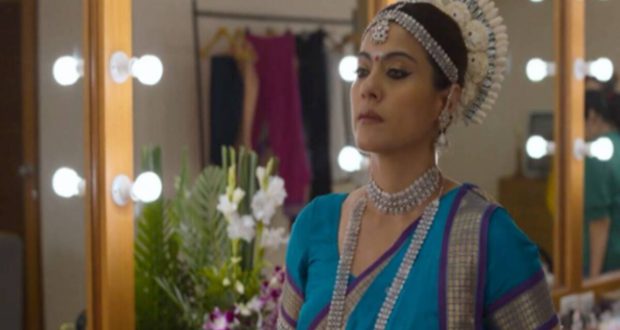 Mumbai:21/12/21:The teaser of Kajol’s next film, ‘Tribhanga- Terhi Medhi Crazy’, has been released, showing three generations of the family together. Netflix India has released its teaser today. Kajol also shared a teaser and wrote on her Instagram, ‘Tribhanga means zigzag, zigzag crazy but sexy. Tribhanga will be released on Netflix on January 15.

‘ The teaser begins with a glimpse of a happy family. Kajol is seen moving towards her dressing room in the avatar of Odissi Dancer. In this, Kajol’s mother (Tanvi Azmi) is lying on the bed in a scene and Kajol and a little girl (Mithila Palkar) are depressed. The film attempts to show the complex relationship between the three women. Tribhuanga writer and director Renuka Shahane shared the teaser of the film and wrote on social media, “Dear Kajol, Tanvi, Mithila or should I say, Dear Anu, Nayan, Masha?” These characters, who were mine for the last 6 years during which I was their mother, brought them up, shaped them, kept them in discipline sometimes, pampered them, they are yours now. You made them yours. Give them your flesh and blood, weaknesses and tears and happiness, you make them so much better than I imagined.