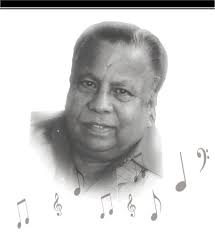 Bhubaneswar:30/12/20: Renowned music director Shantanu Mohapatra passed away at a private hospital here late on Tuesday night. He was 84.

Mohapatra was admitted to a private hospital in Bhubaneswar on Monday. The music maestro was suffering from acute pneumonia, among other symptoms.

Shantanu Mohapatra was born on November 1936, in Baripada in Mayurbhanj district. He received B.Sc in Applied Geology and Geophysics in 1957 from the Indian Institute of Technology, Kharagpur. He joined the State Directorate of Mining and Geology Government of Odisha in June 1957 as a Geologist from which he later retired as the Director (Mining & Geology) in 1994. A born singer, Mr. Mohapatra learned vocal music from Sangeet Narayan Banchhanidhi Panda from the age of five years and was ready for public performances at the tender age of nine years. Shantanu Mohapatra is a multi-faceted personality who has shown his talent both as a singer and music director.

As a “Top Grade” composer of AIR & Doordarshan, for over 30 years, Shantanu Mohapatra has composed hundreds of Oriya modern songs. Besides composing hundreds of songs and scoring Music for about 10 Jatra’s (Folk Theatre). He has scored the music of many Odiya, Bengali, and Hindi feature films which won both Regional and National Awards. Those films include Chilika Terrey, Priyatamaa, Agni Parikshya, Meghamukti, Sita Raati (Art), Jibana Sangram in Oriya language, ‘Mahaaprithibi’ (Bengali)(Art) and SODH (Hindi) (Art) which won the Golde Lotus Award in 1979-the first coloured Hindi film produced from Odisha.

AS a Music director:(Name of the film)

2020-12-30
Editor in chief
Previous: Farmers in Odisha are time and again hopeful and optimistic about our PM’s move:Pratap Sarangi
Next: Shantanu Mohapatra : A Musical Renzezvous of Odisha(1936-2020)