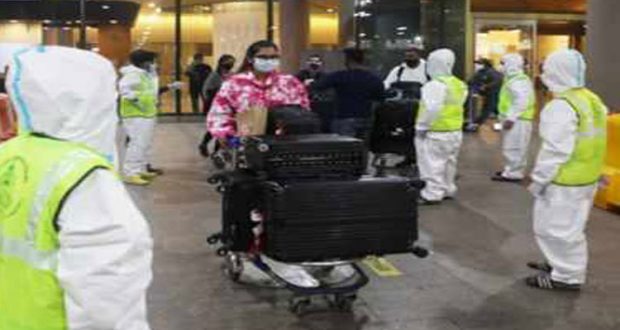 Bhubaneswar:29/12/20: The Bhubaneswar Municipal Corporation (BMC) on Tuesday formed six special search teams to trace and contact the 62 UK returnees who are still ‘untraceable’ following their arrival in the city. The ‘untraceable’ UK returnees are believed to have been spread across 18 districts in the State, of which a majority are in Bhubaneswar, said the director of Public Health.

BMC Commissioner, Prem Chandra Chaudhary said that earlier the civic body had received a list of 20 travellers who had returned from the UK. The municipal corporation had contacted all of them and only three travellers had tested positive for COVID-19. He said their swab samples have been sent to Pune for genome sequencing in order to find out if they had contracted the mutant strain.“On Monday, we received an additional list of around 60-70 travellers in the second phase. We have already started the process to identify, trace and verify their address,” said Chaudhary.

Chaudhary said the BMC has formed six teams, split into the three zones, to conduct the special drive to trace and contact the UK returnees in the capital city. Around 181 travellers had returned to the State from the UK between November 30 and December 20, 2020. Of the total returnees, 119 persons underwent COVID-19 test in different phases and six of them tested positive for coronavirus, health officials said.

It is suspected that the 62 returnees who have gone incommunicado had either given wrong address or telephone numbers in the declaration forms.

Meanwhile, the director of Public Health on Tuesday made an appeal to all UK returnees to share their data so that their COVID-19 test can be conducted.