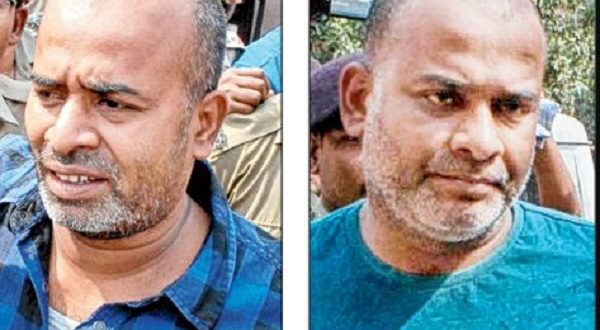 Cuttack:27/12/20; The Commissionerate Police on Sunday sent the gangster siblings Sushil and Sushant Dhalasamanta to jail after the end of their remand period.

Earlier in the day, the Choudwar Police produced the Dhalasamanta brothers in the Judicial Magistrate First Class (JMFC) Court which remanded them to jail.

Meanwhile, the Commissionerate Police has registered a case against the gangsters in Markat Nagar police station in connection with the seizure of a huge cache of arms and cash and another case in the CDA Phase-II police station on extortion charge.

So far, the police have registered more than 20 cases against the gangster siblings.