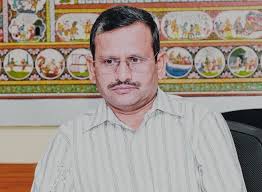 in State News December 25, 2020 Comments Off on Suresh Mohapatra appointed as the new Chief Secretary and Chief Development Commissioner of Odisha 640 Views

Bhubaneswar:25/12/20: Two days after a major reshuffle in IPS cadres in Odisha, senior IAS officer Suresh Mohapatra was appointed as the new Chief Secretary and Chief Development Commissioner of the State on Friday. He is the second senior-most IAS officer of Odisha cadre after Upendra Prasad Singh, sources said.

As per reports, Mohapatra will replace incumbent chief secretary Asit Tripathy who will assume charge of Western Odisha Development Council (WODC) Chairman following superannuation. The latter will be principal Advisor to the chief minister on Tourism, agri-business, regional development, and industry.

On Wednesday, Odisha government transferred Nayagarh superintendent of police (SP) Pratyush Diwakar, a 2015 batch IPS officer, and appointed him as the Additional Inspector General (headquarters). Sidhartha Kataria, the current SDPO of Talcher, replaced Diwakar as the new SP of Nayagarh.