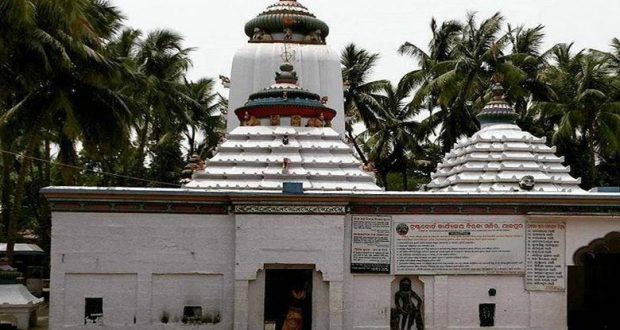 Jajpur: 25/12/20:As the State Administration has already decided to re-open all the religious institutions gradually with strict adherence to the Covid-19 guidelines in force, the local administration here has also nodded to re-opening of the Maa Sarala Temple, the presiding deity of the district, from December 29.

Jajpur Collector Chakrabarti Singh Rathor informed that other religious institutions will also be re-opened taking stock of the situation.

He informed, “Entry will be through Singhdwar while separate queue for male and female devotees will be there. Accordingly, barricading will be made. After darshan, the devotees have to exit through the Uttardwar. Wearing of mask is compulsory. Thermal screening will made outside. Any devotee detected with any Covid-related symptom won’t be allowed entry. Parking of vehicles will be allowed only at the designated lots. Prasad Sevan inside the temple is prohibited.”

He further informed, “For the Pinda Dan (obeisance offered to departed souls), desirous devotees have to do first registration with the temple administration. It will be allowed on sequencing basis so that there would no overcrowding. I repeat that there is no of registration for darshan. We would request the persons with co-morbidities and aged persons to avoid darshan voluntarily till the Covid situation is over.”

The Collector added, “Darshan won’t be allowed from January 1-3 due to large congregation. During these three days we will be holding consultations with the stakeholders of other religious institutions and take decision next month.