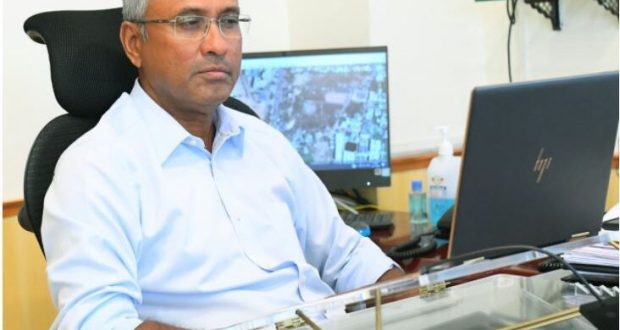 in State News December 23, 2020 Comments Off on Tenure of senior IAS Officer Asit Kumar Tripathy will end with effect from December 31, 2020 403 Views

Bhubaneswar:23/12/20: The tenure of senior IAS Officer Asit Kumar Tripathy will end soon as the Chief Secretary of Odisha as the Government has approved his retirement with effect from December 31, 2020.

A notification in this regard has been issued by the General Administration & PG Department today.

The 1986-batch IAS officer Asit Kumar Tripathy was appointed as the Chief Secretary of Odisha with effect from August 19, 2019, replacing Aditya Prasad Padhi.

Prior to his appointment to the post, Tripathy was serving as the Development Commissioner to the Government and Additional Chief Secretary in Home Department with additional charge as the Chief Administrator in Koraput-Balangir-Kalahandi (KBK) region.

A native to Balangir district, he has been working with Chief Minister Naveen Patnaik since March 2000.