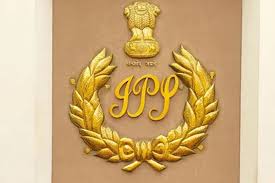 Bhubaneswar:23/12/20 The Odisha government today effected a major reshuffle in police administration while transferring Nayagarh SP Pratyush Diwakar and posting him as AIG, Headquarters. The 2015 batch IPS Diwakar was replaced by Sidhartha Kataria as the Nayagarh SP.

Currently, the 2017 batch IPS officer Kataria is working as the SDPO, Talcher.

2009 batch IPS Akhilesvar Singh, who was attached to the State Police Headquarters, was posted as Commandant of SOG. Earlier, Singh was transferred as the Puri SP after the alleged Puri custodial death came to fore.

2007 batch IPS Niti Shekhar who has been serving as Kendrapara SP was posted as the Additional TC(ENF) C&T Department.

2013 batch IPS Rahul PR was posted as Jajpur SP. Currently, he is working as the SP of Jharsuguda.

2003 batch IPS Sheefen Ahamed K was posted as DIG,Technical. At present, he is working as DIG, SWR, Koraput.

2014 batch IPS Vivekananda Sharma was appointed as SP, Rayagada. Currently, he is serving at AIG, Hdqrs.

2008 batch IPS Satyajit Nayak was posted as SP, Computer following his return from the Central Deputation.

2020-12-23
Editor in chief
Previous: Ministry of Health issued Standard Operating Procedure in the context of new variant of SARS-CoV-2 virus
Next: Tenure of senior IAS Officer Asit Kumar Tripathy will end with effect from December 31, 2020