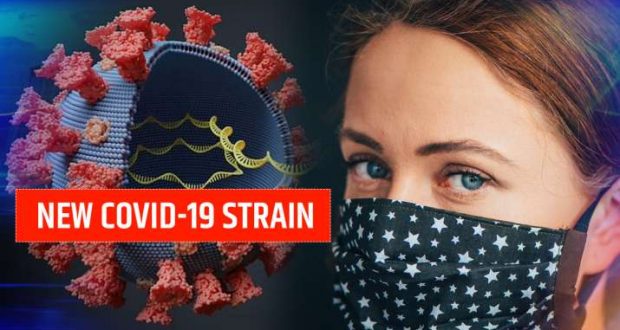 in National December 23, 2020 Comments Off on Ministry of Health issued Standard Operating Procedure in the context of new variant of SARS-CoV-2 virus 257 Views

Newdelhi:23/12/20:A new variant of SARS- CoV 2 virus [Variant Under Investigation (VUI)-20212/01] has been reported by the Government of United Kingdom (UK) to World Health Organization (WHO) . This variantis estimated by European Center for Disease Control (ECDC) to be more transmissible and affecting younger population. This variant is defined by a set of 17 changes or mutations. One of the most significant is an N501Y mutation in the spike protein that the virus uses to bind to the human ACE2 receptor. Changes in this part of the spike protein may result in the virus becoming more infectious and spreading more easily betweenpeople.

Ministry of Health has issued SOP for Epidemiological Surveillance and Response for the same. The Standard Operating Procedure (SOP) describes the activities to be undertaken at the point of entry and in the community for all International passengers who have travelled from or transited through UK in the past 4 weeks (from 25th November to 23rd December 2020). Any reference to testing in this SOP implies RT-PCR testing only.

The flights from UK are suspended temporarily from 23rd December till 31st December 2020 or till further orders. All the passengers travelling from or transiting through airports in UK and disembarking in India during the intervening period from 21st to 23rd December 2020 would be subjected to RT-PCR test on arrival. In case of a positive sample, it is recommended that spike gene-based RT-PCR test should also be performed. Passengers testing positive will be isolated in an institutional isolation facility in a separate (isolation) unit coordinated by the respective State Health Authorities. Necessary action to send the samples to National Institute of Virology (NIV), Pune or any other appropriate lab for genomic sequencing will be initiated at the facility level. If the genomic sequencing indicates the presence of new variant of SARS-CoV-2 then the patient will be kept in the separate isolation unit and treated as per the clinical protocol.

Those who are found negative on testing with RT-PCR at the airport would be advised quarantine at home. Prior to check-in, the traveler will be explained about this SOP and In-flight announcements must also be made.

Those international travelers from UK who arrived in India since last one month will be contacted by District Surveillance Officers and monitored in community.

State Governments/ Integrated Disease Surveillance Programme will ensure that all the contacts of those travelers from UK or transiting through UK in last four weeks will be traced and monitored. They will also be tested as per protocol and contacts of positive cases would be subjected to institutional quarantine in separate quarantine centers for effective isolation and monitoring.

Link for the SOP: