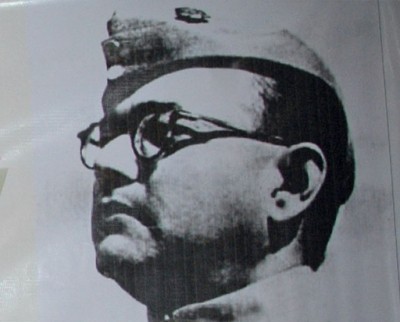 in National December 21, 2020 Comments Off on Centre to form committee to commemorate 125th birth anniversary of Bose 234 Views

The commemoration is a tribute to Bose for his bravery and indelible contribution to resisting colonialism, standing up for the progress and wellbeing of his fellow Indians.

In the recent past, the Central government has taken several steps towards preserving and conserving the precious heritage of Bose. A museum has been set up on Bose at Red Fort, which was inaugurated by Prime Minister Narendra Modi on January 23 last year.

While inaugurating the museum, the Prime Minister paid tributes to Bose on his birth anniversary and said, “A son was born to Janakinath Bose on January 23, 1897. This son became a valorous freedom fighter and thinker who devoted his life towards one great cause – India’s freedom.”

A permanent exhibition and a light and sound show on Bose has been planned in the historic Victoria Memorial in Kolkata.

In 2015, the Central government had decided to declassify the files relating to Bose and make them accessible to the public. The first lot of 33 files were declassified on December 4, 2015. Digital copies of 100 files relating to Bose were released by Prime Minister Modi on January 23, 2016, to meet the long-standing demand of the people.

During his visit to the Andamans in 2019, the Prime Minister paid tributes to Bose’s provisional government of Azad Hind, which administered the Islands during World War II. The Prime Minister also renamed the Ross, Neil and Havelock Islands as Netaji Subhas Chandra Bose Dweep, Shaheed Dweep, and Swaraj Dweep, respectively.

2020-12-21
Editor in chief
Previous: Bhadrak places of worship will reopen for the public from January 3, 2021
Next: 64 militants belonging to four terrorist outfits formally laid down their arms before Assam Chief Minister