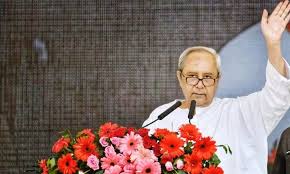 Only a regional party will preserve Odisha’s unique identity:Naveen Patnaik

in State News December 18, 2020 Comments Off on Only a regional party will preserve Odisha’s unique identity:Naveen Patnaik 245 Views

Bhubaneswar:18/12/20: Biju Janata Dal president and Chief Minister Naveen Patnaik on Friday said only a regional party ‘will do justice for the aspirations of the youth of Odisha’ as he hit out at the BJP and the Congress for showing step-motherly attitude towards the state.

The Chief Minister said the state leaders of the national parties neither have the voice to insist on protecting the unique heritage of the state nor do they have the intent to do so in a hierarchical centralised national party structure.

The Chief Minister said the primary objective of the national parties is to win elections and have power to form a government at the Centre.

The primary objective of the state leadership of a national party is to basically impress the national leadership so that they can get crucial posts or become ministers, he added.

Patnaik also took a dig at the BJP-led Centre’s move for the imposition of the Hindi language on other states.

“Their strategy revolves around uniform language — Hindi, uniform culture, uniform policies which will appeal to the large populous states and then impose the same across the country ignoring the unique identity of certain populations,” said the Chief Minister.

He said national parties are bound to compromise on the distinctive requirements of a state for gains in the larger national context.

“For us, our language Odia is more important than Hindi. For us, our Mahanadi is more sacred than any other river. For us, Odissi music is a classical art form. For us, Kosali and Ho are mainstream languages. For us, the rich diversity of our tribal population is our pride. For us, Sambalpuri handloom is world-class,” said the BJD president.

“For a national party or their branches in states, these do not matter,” he added.

“Congress governments in the state were remote-controlled from Delhi. BJP governments in other states also follow the directions of the national leadership. Compare this with the trajectory of Odisha under a regional party. There is a stark and positive difference,” said the Chief Minister.

He said Odisha suffers hugely as the state faces a natural calamity of humongous proportions almost every year.

“Both the national parties — BJP and Congress had kept Special Category Status as their number one manifesto point. After elections every time they conveniently forgot it. BJD will continue to fight for it and keep reminding national parties about their step-motherly treatment of Odisha,” said the Chief Minister.