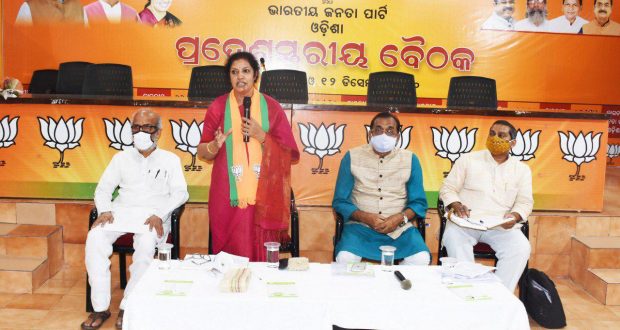 Odisha BJP Gears Up To Revive Its ‘120 Mission’

Bhubaneswar: 11/12/20:Breaking into the formidable bastion of the ruling Biju Janata Dal (BJD) will be a major challenge for senior BJP leader Daggubati Purandeswari who has been given charge of the party’s affairs in Odisha.

The new in-charge (Prabhari) of the party’s Odisha unit, Purandeswari is now on a visit to the State and seems keen on reviving the organisation from the grassroots level.

The road ahead for Purandeswari seems to be tough given the fact that the BJP’s below par show in the recently concluded by-elections to Balasore Sadar and Tirtol Assembly Constituencies.

All eyes is now on the strategy adopted by the senior leader to woo the women voters who always have been the trump card for the ruling BJD in Odisha.

On Friday, Purandeswari met party leaders and workers from the district-level. While addressing a meeting, she stressed on strengthening the ‘Mo Booth Sabuthu Majbut’ programme which is said to be the indispensable tool for the party’s ‘Mission 120’ in Odisha.

Purandeswari also stressed on working together with people from all strata in the society and urged the workers to strengthen the party at the grassroot level. 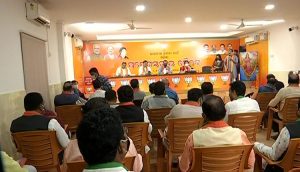 She also urged the party leaders to focus more on subjects concerning the common man and issues including the Pari murder case, missing children and other atrocities against women to corner the State government.

Purandeswari also asked the party leaders to expose the real face of the State government before the public and launch agitations instead of only criticising the government in their public speeches.

“Party’s Mahila Morcha will intensify its agitation and the unit will work to raise its voice for women’s security in the State. Apart from women, we will fight for the farmers and others in the society. Our Mission 120 is fixed and a strategy is being prepared on securing the milestone,” said Senior BJP leader, Prabhati Parida.

It may be mentioned here that reviving the party ahead of the civic body polls and the panchayat elections in 2022 seems to be the key for the BJP whose popularity has soared in urban areas in the State. However, only time will tell how far the mantra of Purandeswari will help the party to succeed in its mission.