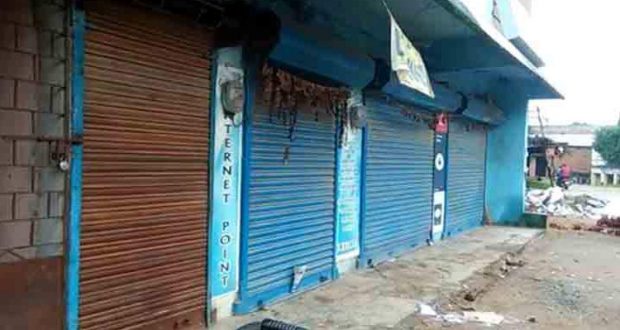 in State News December 7, 2020 Comments Off on Odisha government has decided to close all government offices on Tuesday on account of country-wide shutdown 466 Views

Bhubaneswar:7/12/20: Odisha government has decided to close all government offices on Tuesday on account of the country-wide shutdown to be observed by various farmers’ organisations in protest against the new Farm Laws.

A release issued by the Information and Public Relation Department has informed that all the emergency services will continue as usual during the bandh.

The release further mentioned that the vehicular communication and public transportation are likely to be affected in the State due to the shutdown. The bandh call has been given at a time when public transport is yet to return to normalcy due to the restrictions over coronavirus pandemic. Various farm organisations across the country have given a call for a country-wide bandh protesting against the new Farm Laws.

They have decided to intensify the agitation after the fifth round of meeting with the Central government failed to reach any conclusion on Sunday. The farmer leaders have been demanding  a total  repeal of the contentious new Farm laws including the Farmers’ Produce Trade and Commerce (Promotion and Facilitation) Act, 2020, the Farmers (Empowerment and Protection) Agreement on Price Assurance and Farm Services Act, 2020, and the Essential Commodities (Amendment) Act, 2020

Meanwhile, the Congress party in Odisha has announced its support to the bandh. At a press meet, Odisha Pradesh Congress Committee (OPCC) President Niranjan Patnaik said that his party will lend full support to the protesting farmers.

The party has instructed its workers in district levels to observe the bandh peacefully.  Besides district headquarters, the party will stage a protest at every road cross-section across the State,” Patnaik said.